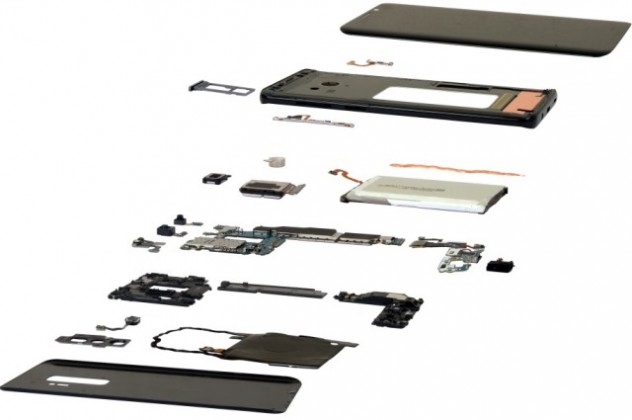 The cost of material that goes into the manufacturing of the 64GB version of Samsung Galaxy S9+ is $375.80, IHS Markit said in its teardown performance analysis report.

The preliminary estimated total is $43 higher than costs for the Galaxy S8+.

The higher total BOM cost for the Galaxy S9+ is driven primarily by increase in prices for DRAM and NAND flash memory, as well as the smartphone’s dual-lens mechanical aperture camera module.

“Despite the higher cost structure for Samsung, the Galaxy S9+ offers consumers better specs at about the same price point as the Galaxy S8+, including a brighter screen and advanced camera technology,” said Andrew Rassweiler, senior director of cost benchmarking services for IHS Markit.

IHS Markit has not yet performed a teardown analysis on the smaller Galaxy S9.

Galaxy S9+ has a 12-megapixel dual-lens camera, which includes the first variable-aperture system built into a smartphone. The combined cost for the primary, secondary, iris camera and other modules is $44.95, of which $34.95 is from the new primary camera.

Galaxy S9+ features Snapdragon 845, which contains an LTE CAT18 modem. The complete, bundled Qualcomm chipset solution including all supporting components from Qualcomm is estimated to cost $67.

Samsung Galaxy S9+ requires both an iris scan and a two-dimensional face image to unlock the device.

Samsung has upgraded the wireless charging from 7 watts in last year’s model to 15 watts in the Galaxy S9+.