Samsung’s market share in smartphone business in 2012 was 30.4 percent against Apple’s 19.4 percent. 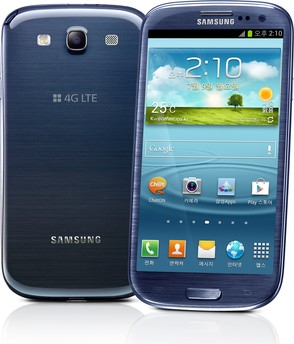 According to IDC, Samsung will continue to rely on Android as its primary operating system.

Huawei and ZTE have grown volumes by focusing on the mass market. “But in recent quarters they have turned their attention toward higher-end devices. In addition, both companies have pushed the envelope in terms of industrial design with larger displays and smaller form factors, as well as innovative applications and experiences,” said Ramon Llamas, research manager with IDC’s Mobile Phone team.

According to IDC, Huawei is the top three smartphone vendor in the world. To reach this milestone, Huawei has courted both the mass market with its simple smartphones and the high-end of the market with its Ascend-branded product line.

The company has demonstrated its innovative skills, having released the world’s thinnest (6.68 mm) smartphone last year, the Ascend P1, and this year it announced the upcoming Ascend Mate, the first smartphone with a 6.1-inch display. At the same time, Huawei has brought its own software innovations, including Magic Touch, Guiding Wizard, Smart Reading, and Floating Windows.

ZTE maintained its spot among the Top 5 smartphone vendors thanks to international diversification efforts last quarter. The vendor shipped more smartphones than feature phones for the first time.

ABI Research says it is clear that the iPhone’s hyper-growth has ended and Apple’s market share will peak in 2013 at 22 percent.