Samsung remains committed to establishing its position as the global leader in combining telecommunications with cryptocurrencies, which has been demonstrated by the recent reveal of its new line of smartphones. 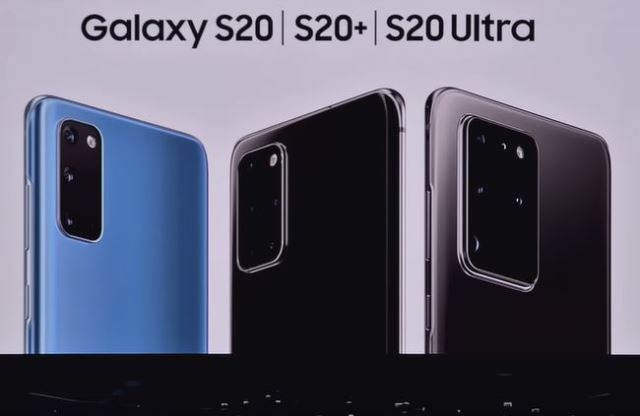 The Galaxy S20 was unveiled at the Unpacked 2020 event on February 11 in San Francisco, where it was announced that the integrated blockchain aspects of the S10 range would not only remain but would also be improved.

The S10 range offered a built-in cryptocurrency wallet on devices, which allowed Samsung users to quickly buy and sell currencies like Bitcoin in a few easy taps of the screen. The S20 line retains those features introduced by its predecessor, but Samsung has also promised to enhance the security elements of these devices. Concerns about the safety of funds have been at the center of the debate on the long-term value of cryptocurrency payments and trading, but Samsung tech may alleviate many of those worries.

A new level of security

Samsung has detailed the new security measures that will be present on the S20, which will not only safeguard cryptocurrency information but all private data in general. The guide to the S20 range on the telecom giant’s website states that “security is infused into every part of your phone”, reassuring users that “private data stays private”. That protection covers any data inputted into the Blockchain Keystore, where users log the information required to access their cryptocurrency wallets.

This improved data protection is achieved through a newly-designed chip integrated into the S20 range, which works by storing key data in a separate part of the phone. This chip should be able to resist reverse engineering attempts and detect any malicious intentions from apps installed on the phone, thereby making cryptocurrency transactions less vulnerable to hackers.

Users require both a private and a public key to gain entry to a blockchain, so hackers merely look for ways to discover the keycodes rather than break into the blockchain directly. Mobile devices are traditionally less secure than desktop computers: defi crypto users are able to fill the latter with all sorts of protective software, so hackers have previously looked at smartphones as the easiest place to log keystrokes or unearth unencrypted information.

The Blockchain Keystore combats this by storing those blockchain keys away from other files and programs, in a carefully constructed secure area that also benefits from the defenses of Samsung Knox, Samsung’s standard in-built security software on its mobile devices. This works like a cold wallet (a place to store private data that isn’t connected to the internet), so it inherently protects against many of the traditional means of cyber hacking.

A boost for cryptocurrencies

Samsung’s Blockchain Keystore may give existing cryptocurrency traders the confidence to start making purchases on their mobile device, or it may encourage existing Samsung users to explore options in Bitcoin and other digital coins. This could see cryptocurrencies follow in the footsteps of forex trading, another financial system that has benefited from the ability to engage with traders on mobile platforms.

Given that so many areas of modern life can now be completed through a mobile device, from ordering food to learning a language, failure to provide mobile solutions can be a hindrance to an industry. This is a challenge that the foreign exchange industry has risen to meet, with forex trading now one of the pre-eminent means of investing because of its flexibility. Just like with Bitcoin, forex traders want to be able to respond immediately to changes in value and react quickly to real-world events.

This is now more straightforward than when PC browsers were the only digital way to make trades. Simply installing an app enables you to trade forex on your phone, with a range of online trading platforms providing mobile versions of their service. The ability to trade while on the move has made life significantly easier for casual traders in particular, so the development of mobile apps has been a boon for the forex industry.

Samsung’s approach to cryptocurrencies takes this to the next level, as users won’t even have to install a specific app. The Blockchain Keystore will be ready to go upon the purchase of an S20 device, which will be available as an icon on the phone’s default menu. The ability to buy Bitcoin on a phone while feeling safe could benefit the world of crypto in the same way that mobile trading boosted the forex industry.

The S10 range offered a built-in cryptocurrency wallet on devices, which allowed Samsung users to quickly buy and sell currencies like Bitcoin in a few easy taps of the screen. The S20 line retains those features introduced by its predecessor, but Samsung has also promised to enhance the security elements of these devices. Concerns about the safety of funds have been at the center of the debate on the long-term value of cryptocurrency payments and trading, but Samsung tech may alleviate many of those worries.

The push for mass adoption

Samsung’s dedication to investing in blockchain tech could not only provide an edge over other phone companies, but it could also give cryptocurrencies the push it needs to be embraced throughout the world. The S20 range will also be compatible with 5G networks, another key battleground in the mobile industry for the coming years.

Apple may have beaten Samsung to the creation of a digital wallet, with Apple Pay arriving in October 2014 compared to Samsung’s equivalent service in August 2015, but Samsung look resolved to become the market leader in mobile cryptocurrency options.

If Bitcoin becomes a popular payment method in physical venues, then Samsung will have an in-built advantage over its competitors in terms of facilitating those payments. With the elevated level of security provided by the Blockchain Keystore and the prominence given to cryptocurrency features on the S20 Galaxy range, Samsung could be making a significant move in driving cryptocurrencies to mass adoption.