Qualcomm made it into the list for the first time, replacing US-based telecom major Verizon, reports Yonhap news agency. US-based chipmaker Qualcomm was included among Samsung Electronics’ top five clients in the first quarter, largely due to chip contract manufacturing.

Qualcomm, however, is said to have switched to TSMC, Samsung’s biggest foundry rival, for its latest processor, Snapdraon 8 Gen 1 Plus, which is widely expected to make its debut this Friday. Qualcomm switched to TSMC’s4-nm node due to issues concerning Samsung’s chip yields, or defect rates.

TrendForce says TSMC has 52.1 percent share in the global foundry market, followed by Samsung with 18.3 percent, in the fourth quarter of last year.

Samsung said its foundry business achieved its highest quarterly sales in the January-March period, on solid demand from all applications and improved yields of the advanced processes.

Bloomberg reported Samsung was in talks with foundry clients to hike the contract chipmaking prices. TSMC is also widely expected to raise prices by 5-9 per cent in 2023. 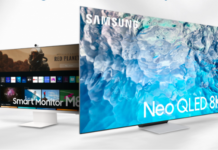