The South Korean technology giant said the increase in fourth-quarter net profit was due to demand for chips and displays amid the Covid-19 pandemic.

Samsung said weaker memory prices and sluggish consumer products sales, coupled with higher marketing costs and the Korean won’s appreciation against the greenback, dragged down its performance from the third quarter.

For 2020, Samsung posted a net income of 26.4 trillion won, up 21.48 percent from a year ago, as its semiconductor business benefited from the stay-at-home trend caused by the novel coronavirus pandemic, while its end-product businesses, such as smartphones and home appliances, got a boost from pent-up demand when lockdowns were relaxed.

Samsung expects its profitability to drop in the first quarter of 2021 due to currency effects and weak seasonality of its end-product businesses.

The memory business will likely continue to be affected by the ongoing strength in the (Korean) won and costs associated with new production lines, despite solid demand from mobile products and data centers.

Samsung said its memory business, specifically the DRAM market, is projected to see a recovery during the first half on the back of strong demand from mobile and server applications.

Samsung said OLED displays accounted for more than 80 percent of its panel sales last year, with its sales volume increasing by about 50 percent.

Samsung said it sold 67 million units of handsets in the fourth quarter (October-December period), down from 88 million units in the previous quarter, with more than 90 percent of them being smartphones.

The company said it will also strive to improve its overall sales by expanding 5G device lineup for the mass market, as well as tablets and wearable products.

Samsung will expand the Galaxy ecosystem through strategic collaborations with global partners while enhancing the cost structure and operational efficiency further.

Samsung’s mobile business suffered a slump by posting sales of 22.34 trillion won in the fourth quarter, down 10.5 percent from a year earlier, while the unit’s operating profit slid 4 percent on-year to 2.42 trillion won. 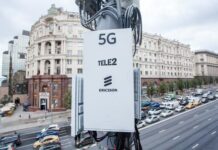 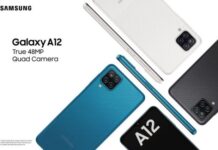 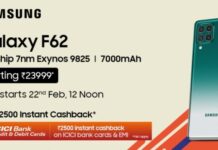