Samsung, in a major strategic development, will enhance its rural presence by offering regional content and User Interface on its select smartphones and tablets.

Initially, users of Samsung Galaxy Grand, Galaxy S4 and Tab 3 will have User Interface and access to content in 9 Indian languages.

The Korean smartphone major and the # smartphone maker in India will add more languages and devices including Galaxy Star. Talks are on with several content and app providers. 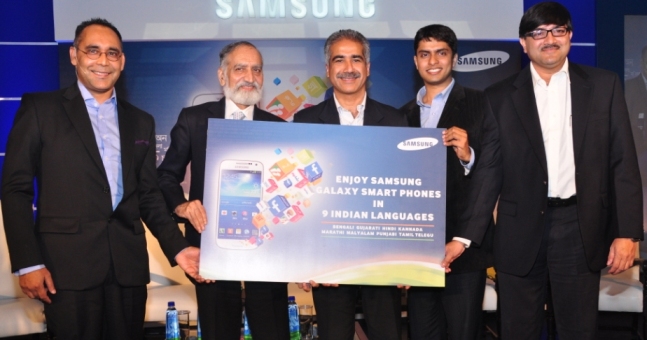 “Availability of content combined with easy access is the key driver for usage of any language. We clearly sense a need and a demand amongst users to communicate in local languages using their mobile devices,” said Vineet Taneja, country head, Samsung Mobile and IT, Samsung India.

“We are excited that Facebook for Android and Facebook Messenger on Samsung smartphones will now support 9 Indian languages. This is an excellent opportunity to help bring millions of Indians online via Facebook through these collaborative efforts,” said Kevin D’souza, country growth manager, Facebook India.