Japanese mobile giant NTT Docomo and European mobile major will commercialise Tizen devices in the second half of 2013.

While Apple iOS’ market share did not grow from 2011, Google Android OS significantly increased OS market share from 49.2 percent in 2011.

In the fourth quarter of 2012, Android’s market share in smartphone operating systems was 70.1 percent against Apple iOS’ 21 percent. 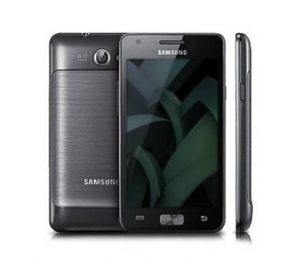 Earlier this month, the Tizen 2.0 Magnolia SDK and source code was released to developers, operators and OEMs. This was said to represent a major milestone, and include many new features and improvements over previous versions.

A Tizen Store will be launched later this year with thousands of apps, allowing developers to monetise their work and creating a robust ecosystem.

Hankil Yoon, SVP at Samsung, and co-vice chairman of the Tizen Association, said: “We will remain committed to open source based innovation and open to collaboration with the broader industry participants.”

Tizen phones will look and work much like Android phones, except that the familiar square app icons are round.

The new mobile operating system will be able to run apps made for Bada — its old OS that will go off shelf soon –, but it will not be the same the other way around.

Sprint Nextel, a member of the Tizen Association, is yet to share its plans to bring Tizen handsets to the U.S. Other major backers include Intel and Huawei Technologies, China’s largest phone maker.