Samsung, Motorola, Huawei, LG, Apple and Alcatel are the leading smartphone suppliers in Latin America in Q2 2019, according to a Counterpoint research report. 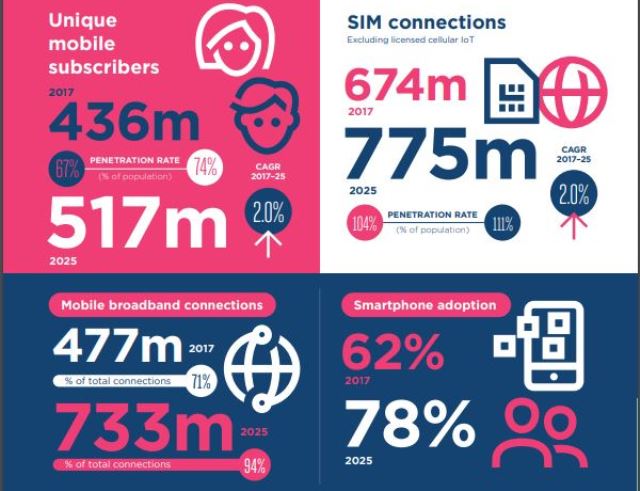 Samsung’s smartphone volumes increased at a double-digit rate. More than four out of 10 smartphones shipped in the region during Q2 2019 were from Samsung.

Samsung and Motorola are the biggest winners of Huawei’s drop. Samsung regained leadership in each of the big markets of the region. Samsung’s performance was due to price cuts for the J series and the launch of the new A series.

Motorola’s smartphone business growth was due to its success on the open channel as well as Argentina and Brazil.

Motorola again became the second-largest smartphone player in the Latin America region. It had double-digit growth, as it managed to stay a strong number two in both Brazil and Argentina, Parv Sharma, research analyst at Counterpoint, said.

Huawei started the quarter shipping its highest ever number of smartphones. Its smartphone volume outpaced that of Motorola as it became the second-largest brand in Latin America.

“However, the US’ trade ban on Huawei, announced in May, impacted demand in the mobile phone market. It affected its shipments, especially from June onwards. Huawei’s position in Latin America could remain limited to a single-digit share if the trade ban continues,” Tina Lu, Counterpoint’s Senior Analyst, said.

LG’s smartphone business declined. Brazil is the only market where it is still a strong number three. In some Latin American markets, such as Mexico and Colombia, LG is not in the top five best-selling brands.

Alcatel’s smartphone sales are improving in most markets in Latin America, especially in Brazil, Colombia, and Mexico.

A GSMA report earlier said 4G is forecast to account for almost two-thirds of connections by 2025 in Latin America. 5G networks will be deployed in markets such as Brazil and Mexico, accounting for 8 percent of total connections in the region.