The smartphone market in Gulf Cooperation Council (GCC) rose 19 percent in the second quarter of 2019 to 4.7 million due to strong performance in Saudi Arabia, the UAE and Qatar, IDC report said.

The total mobile phone market – including feature phones and smartphones — in the Gulf Cooperation Council (GCC) grew 11.5 percent to 6.5 million devices. The total market size of phone business was worth $1.7 billion in the second quarter.

Smaller GCC markets like Bahrain, Oman, and Kuwait have seen their smartphone markets contract due to a reduction in consumer spending caused by the introduction of new levies, a difficult job market, and changing government policies, said Akash Balachandran, senior research analyst at IDC.

While Huawei experienced a sharp halt in shipments in June, immediately following news of the ban, its overall volumes for the quarter were not impacted as significantly as anticipated, despite a third of the quarter being hit so drastically.

Shipments of Huawei smartphones in the GCC were down 10.6 percent on the previous quarter in Q2 2019. 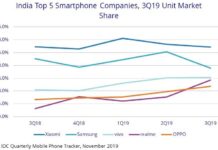 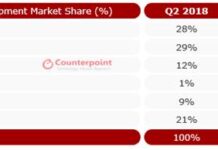 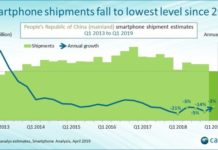