Telecom Lead Asia: Apple, Samsung, LG, HTC, Sony and BlackBerry are the top smartphone makers based on market share in Q1 2013, according to Strategy Analytics.

LG Electronics has become the world’s # 3 smartphone maker behind Apple and Samsung for the first time in the $223 billion market as solid sales of high-end models helped it win customers.

LG’s smartphone market share increased to 3.2 percent in the fourth quarter by sales, propelling it to the third spot for the first time, while rival HTC slid to fourth, Reuters reported.

Samsung and Apple took a combined 71.4 percent of the market and the rest is split among firms such as LG, HTC, Sony and BlackBerry.

LG is betting high-end models that boast powerful hardware and software features and a fast 4G connection will help it rebuild its tarnished handset brand quality and increase its market share of the lower-end segment as well. 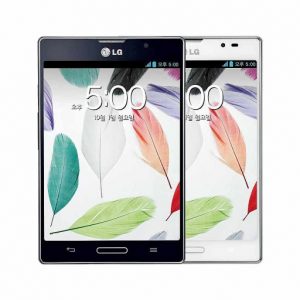 The South Korean consumer electronics company on Thursday said that its software upgrades for its flagship Optimus G Pro model will allow consumers access to features that Samsung touted as major selling points of its upcoming Galaxy S4.

The features LG is adding include motion detecting technology that stops and starts videos depending on whether someone is looking at the screen and snapping pictures.

In terms of unit shipments, LG remains the seventh-largest with a 4 percent share, following Huawei, Lenovo, Sony and ZTE which have market share of between 4 and 5 percent.

Analysts expect LG’s smartphone shipments will rise by 16 percent to a record 10 million after 8.6 million phones sold in the fourth quarter, a strong performance as the overall market is seen contracting by 6 percent from the strong year-end holiday quarter.

Meanwhile, Sony Mobile Communications — in a strategic shift — is set to alter smartphone development for each market to become the third largest smartphone vendor.