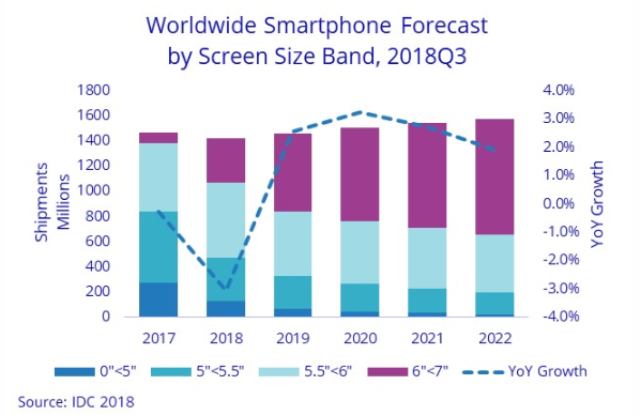 Developments from emerging markets, mixed with potential around 5G and new product form factors, will bring the smartphone market back to positive growth.

Smartphone market in China, which represented 30 percent of total smartphone shipments in 2017, will drop 8.8 percent in 2018, achieve flat growth in 2019, and will reach positive territory through 2022.

The US smartphone market will grow at 2.1 percent in 2019 after experiencing a decline in 2018.

“There will be head-to-head competition during the holiday quarter and in 2019,” said Sangeetika Srivastava, senior research analyst with IDC’s Worldwide Mobile Device Trackers.

Android’s smartphone share will be stable at 85 percent throughout the forecast. Volumes are expected to grow at a five-year CAGR of 1.7 percent with shipments approaching 1.36 billion in 2022.

iOS smartphones are forecast to drop by 2.5 percent in 2018 to 210.4 million. The launch of expensive and bigger screen iOS smartphones in Q3 2018 helped Apple to raise its ASP.

IDC is forecasting iPhone shipments to grow at a five-year CAGR of 0.1 percent, reaching volumes of 217.3 million in 2022. Apple will continue to lead the global premium market segment. 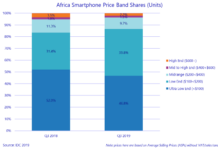