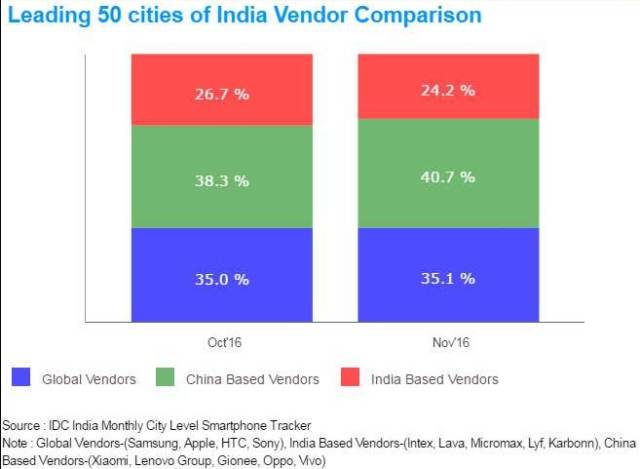 IDC said smartphone sales within the leading 50 cities of India fell by 30.5 percent month on month in November 2016 over October 2016 – due to demonetisation and resulting cash crunch along with the cyclically lean period after festive season in October. 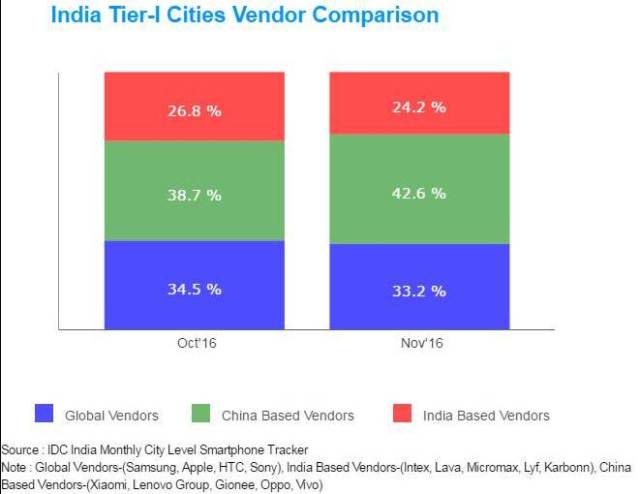 “Demonetisation has impacted the smartphone market at almost all levels including the customer demand and stock movement in the distribution channels. The slowdown was seen across all city tiers, with a dip of 31.7 percent in Tier 1 cities and 29.5 percent in Tier 2,3 & 4 cities in Nov 2016 over Oct 2016,” said Upasana Joshi, senior market analyst at IDC India.

“In the offline channel, while the Indian vendors were struggling, the Chinese vendors like Oppo and Vivo pulled in strong demand largely due to their strong hold on distribution and better partner incentive schemes and promotional activities during the slowdown,” said Varun Singh, market analyst at IDC India.

IDC said the impact of demonetisation will be transitory with the market expected to bounce back to normal levels by February 2017.