Worldwide smartphone shipments decreased 11.7 percent in the first quarter of 2020 to 275.8 million smartphones during Q1 2020. 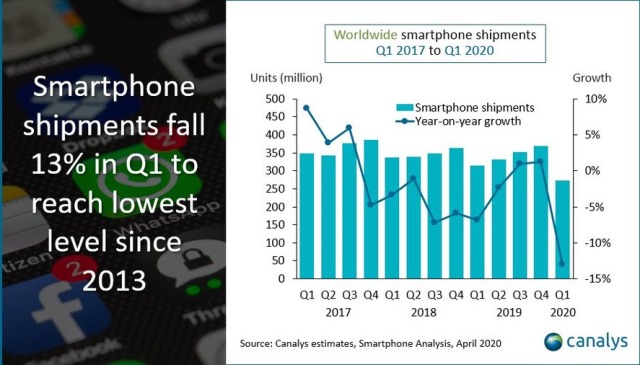 Samsung shipped 58.3 million smartphones and regained its top position with 21.1 percent share despite an 18.9 percent decline. This is primarily due to the success of the A series despite the launch of its 5G flagship, the Galaxy S20. Samsung will face an uphill battle due to a lack of consumer demand, especially with two new premium devices (Note 20 and Fold 2) coming in the second half of the year, according to IDC.

Samsung led the smartphone market capturing one-fifth of the global smartphone shipments. Samsung declined 18 percent during the quarter and is expected to see a steeper decline in Q2 2020, Counterpoint Research said.

Huawei has 17.8 percent share of the smartphone market despite a decline in shipments of 17.1 percent. Huawei reduced the impact of the downturn with early price cuts on Mate 30 and P30 series and in Honor’s V30 and 9X series, according to IDC.

Huawei shipped 48.5 million smartphones during Q1 2020, slipping 18 percent from 59.1 million a year ago. Despite US-China trade wars and the Covid-19 virus scare, Huawei was able to maintain its smartphone share at 18 percent during the quarter, Strategy Analytics said.

Huawei surpassed Apple again during the quarter in China. Huawei declined 17 percent in the quarter. Over half of the smartphone shipments for Huawei are in China, Counterpoint Research said.

Xiaomi’s market share surpassed 10 percent for the first time with growth of 6.1 percent. In India, the company launched the new Poco and Redmi products just before the full lockdown began, helping some of its 1Q20 numbers, IDC said.

Xiaomi captured 10 percent smartphone share in Q1 2020, leaping from 8 percent a year ago. Xiaomi is dominating the India market and this is giving the company a big boost in smartphone shipments, Strategy Analytics said.

Vivo has 9 percent market share and 7 percent growth, the largest annual growth rate among the top 5. Success in India has also been a key driver for Vivo’s low-end and mid-range Y and S series. Vivo faced delays in its product launch due to the full lockdown in India, says IDC.

OPPO has 8 percent smartphone market share, holding steady from 8 percent share a year ago. OPPO expanded into Western Europe and elsewhere, with high-profile models like the Reno 3 5G. OPPO has stepped back from the US smartphone market in recent months, and that region remains a key gap in its portfolio strategy, Strategy Analytics said. 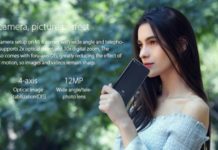