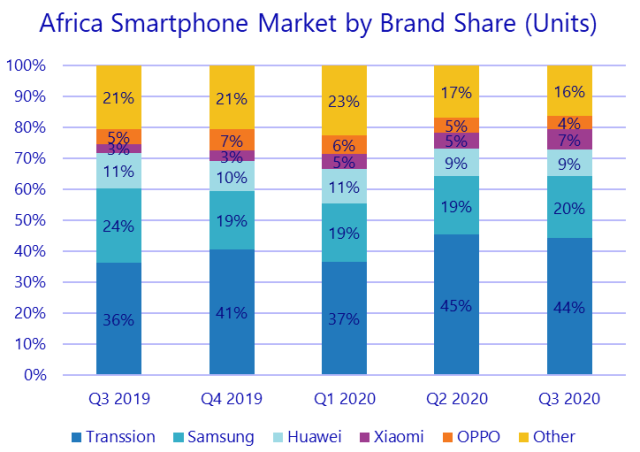 Transsion, Samsung, Huawei, Xiaomi and Oppo are the top five smartphone suppliers in the Africa region.

The growth of the smartphone market was caused by the release of pent-up demand after countries eased their COVID-19 lockdown restrictions and by a shift in vendor strategies to offer more entry-level flagship models.

Smartphone shipments to Nigeria grew due to a shift from vendors to entry-level and mid-range devices.

Despite, experiencing a 13.4 percent decline in shipments, South Africa continued to lead the way in Africa’s smartphone market, with shipments to the country totaling 3.3 million units.

Samsung and Huawei followed in second and third place, with respective unit shares of 19.9 percent and 8.7 percent.

The Transsion brands (Tecno and Itel) dominated the feature phone landscape with a combined share of 76.6 percent.

IDC expects the recovery in shipments seen in Q3 to continue through Q4 2020 during the festive months, with overall shipments expected to grow 4.6 percent quarter on quarter, Ramazan Yavuz, senior research manager at IDC, said. 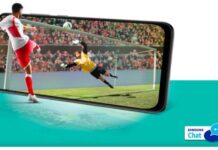