S Huawei branded smartphones will be exclusively available at the Spice HotSpot stores. Both the companies plan to launch 7-10 handsets under this partnership. The first handset in the series is the Ascend Y100, a sleek device with a 2.8 inch touch display. This will be a 3G-enabled Android smartphone and is powered by an 800MHz processor. 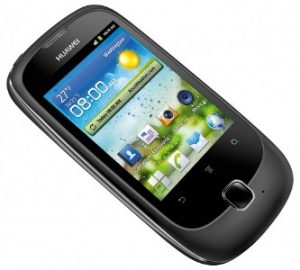 The company aims to sell 10 million handsets in the current fiscal, including 7.5 million 2G handsets from domestic and international sales.

“The group today has established itself as a leading solution provider. These partnerships are key drivers to expand our global footprints,” said BK Modi, global Chairman, Spice Group.

“We are launching S Ascend Y100 now and in the next 2 months, we will launch three more devices. We are already selling 7.5 million feature phones (globally) and by December 2013, we should be selling another 2.5 million Android phones under Spice, S Nexian and S Huawei brands,” Modi told reporters here.

He added that 70 percent of the sales comes from India, followed by other markets like Indonesia and Thailand.