Most messaging apps are relatively safe since they use encryption when sending messages. On Apple iOS, such applications are really reliable.

However, it’s worth remembering that the user may face an attack on the smartphone device or an attempt by attackers to infect it. That’s why, on Android, the situation is a bit different. For example, there is a built-in Accessibility Service. Attackers are known to have exploited the capabilities of this service in order to collect user data.

“In particular, last year, we discovered stalkerware that could receive the text of incoming and outgoing messages from instant messengers using this standard function,” Victor Chebyshev, mobile threat researcher at Kaspersky, said.

Kaspersky recommends that mobile device users adhere to the following rules in order to protect data on smartphones.

# Don’t download messengers and other programs from third-party sources. Use only official application marketplaces

# If possible, acquaint yourself with the user agreement. There are situations when the developer of the app openly warns that they may share user data with third-parties.

# Do not follow suspicious links from messages, even if they were sent to you by your friends.

# Use security solutions when possible on your mobile devices.

# Pay attention to which permissions downloaded applications request. If the requested permission is not necessary for the full functioning of the application, then there is a reason to be wary. For example, the flashlight app clearly doesn’t need access to the microphone.

Social networks, some messengers and search engines make money off of advertising, and the more personalized it is the better. In fact, Facebook and other companies have been doing this through its services for the past few years.

The good news is that 1) Most of the companies, including Facebook, are being transparent about its policies and 2) WhatsApp doesn’t read your conversations because it includes end-to-end encryption. All they’re tracing is technical and account information.

Moving forward, the integration between Facebook and WhatsApp will continue to increase, and users will need to decide what level of information sharing they’re comfortable with and which messaging applications they prefer.

“Nothing is free, and, unfortunately, the current business model for free services means that, essentially, we pay with our data,” Anna Larkina, senior researcher at Kaspersky, said in a statement.

There is a variety of alternative messaging platforms and currently users can decide for themselves what works best for them, Anna Larkina said.

WhatsApp on Friday said it is delaying the roll out of new business features following user backlash over the company’s data sharing practices.

The delay is a significant setback for WhatsApp’s plan to generate revenue by facilitating commercial exchanges on the messaging app. Facebook WhatsApp acquired for $19 billion in 2014 but has been slow to monetize from the #1 messaging platform. 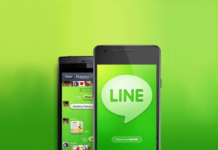 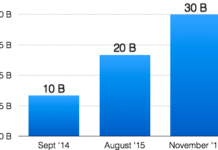