The Google-owned Motorola’s ambition to gain smartphone market share is a distant dream. This is despite the fact that Moto X smartphone has impressive features.

In the second quarter of 2013, Motorola had 1.64 percent share in the global smartphone market against Samsung’s 34.82 percent and Apple’s 14.60 percent.

The U.S.-based Motorola lost substantial market share ever since it was acquired by Google for $12.4 billion.

Google’s successful strategies in online advertising and operating system did not work well in hardware product.

Google Android is given free to its handset clients. Google search is free to its end customers.

While Google generates nothing from Android OS directly, the online research giant makes about $2.5 billion a year from pushing ads to Android-enabled devices. This $2.5 billion is expected to double over the next 12 months.

Motorola phone including Moto X is not free at present. Rather Motorola competes with 10+ telecom handset makers in the world. The top 10 smartphone market share list does not have Lenovo and potential players such as India’s Micromax, Lava, etc.

In fact, Motorola Mobility division posted an operating loss of $342 million during the second quarter. Google, which makes most of its money from advertising, posted a total $3.12 billion in operating income during the last quarter.

Google is cutting more than 5,000 jobs at the Motorola phone business.

Google’s competition in OS is not strong at present. Also, Google is the undisputed king in online ad space due to its business model.

Google needs to bring more smartphones and expand its presence across the world to double market share. Its strategies for China and India should be revived. 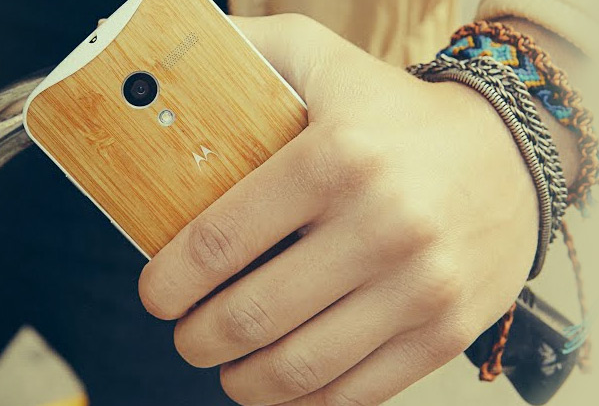 Moto X smartphone — announced in New York — has the potential to shake the market in the short run.

It may compete with Apple and Samsung Electronics in the US market. The phone may not be available in the other markets for a while, considering Google’s launch plans.

“This is a re-launch of Motorola,” Dennis Woodside, chief executive officer of Motorola Mobility, said at the press event. “A year ago today, the Google team sat before a whiteboard and said, ‘What do we want to build? And how do we make it different?’ And this is it.”

The new 4.7-inch screen device is aimed at market leaders like the iPhone and the Galaxy S phones. ( Specifications of Moto X smartphone )

The Moto X features all-day battery life, a choice of colors and materials, and an instant-start camera. The Moto X is priced starting at $199 with a two-year contract and will be available on all the major U.S. carriers by the end of August or early September.

Motorola on Thursday tried to emphasize on the “100 percent American assembled product.” This strategy may work in the U.S. because the number of jobless people is becoming a threat to the entire economy. But it will not work in other markets.

Hope Motorola phones will be available in other markets as well. So there will be more pricing pressure on rivals like Apple, Samsung, Nokia, etc.