In the ongoing patent battle between Apple and Samsung, a Jury has reduced iPhone copying penalty to $290 million from $1.05 billion.

Though this will be a major relief to Samsung Electronics, which alleged to have copied vital iPhone and iPad features, the Korean devices major will appeal.

The verdict covers 13 older Samsung devices that a previous jury found were among 26 Samsung products that infringed Apple patents.

The previous jury awarded Apple $1.05 billion. But US District Judge Lucy Koh ordered the new trial and tossed out $450 million of the damages after concluding the previous jury miscalculated the amount Samsung owed.

Samsung appealed that verdict and is expected to appeal the latest verdict, AP reported.

A third trial is scheduled for March to consider Apple’s claims that Samsung’s newest devices on the market also copied Apple’s technology.

Apple and Samsung are the world’s two biggest smartphone makers. The bitter rivals have been waging a global battle for supremacy of the $300 billion worldwide market.

Apple has argued in courts, government tribunals and regulatory agencies around the world that Samsung’s Android-based phones copy vital iPhone features. Samsung is fighting back with its own complaints that some key Apple patents are invalid and Apple has copied Samsung’s technology.

Samsung lawyer William Price argued Apple is misconstruing the breadth of its patents to include such things as the basic rectangle shape of most smartphones today.

Apple attorney William Lee told the jury that Samsung used Apple’s technology to lift it from an also-ran in the smartphone market three years ago to the biggest seller of them in the world today.

The fight in San Jose is particularly contentious. The courtroom is a 15-minute drive from Apple’s Cupertino headquarters, and several prospective jurors were dismissed because of their ties to the company.

The South Korean-based Samsung has twice sought to stop the trial, accusing Apple on Tuesday of unfairly trying to inflame patriotic passions by urging jurors to help protect American companies from overseas competitors. The judge denied Samsung’s request for a mistrial, but did reread to reread an instruction ordering them to put aside their dislikes and biases in deciding the case.

On Wednesday, Samsung again demanded a halt to the trial after the US Patent and Trademark Office told Apple it was planning to invalidate a patent protecting the “pinch-to-zoom” feature at issue in the jury’s deliberation. The judge ordered more briefing while declining to stop the trial. 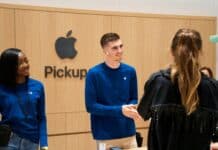 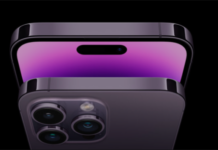