Lenovo has captured tablet market share in the second quarter of 2014, while both Apple and Samsung slipped.

Apple faced music in the global tablet market with its share plummeting to 26.9 percent from 33 percent. 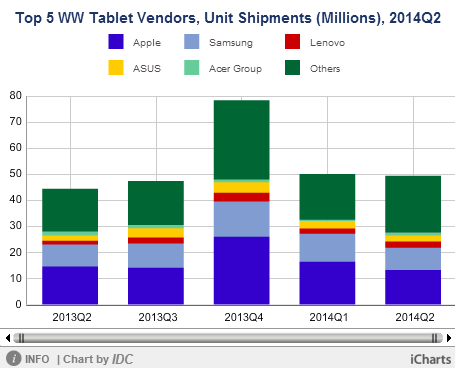 Samsung, the Korean consumer electronics brand, felt the heat as its tablet share reduced to 17.2 percent from 18.8 percent. 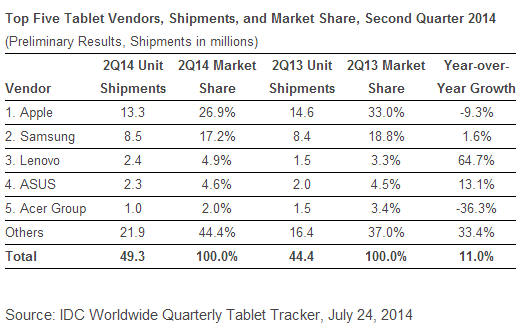 Though shipments declined sequentially by 1.5 percent, the market will experience positive but slower growth in 2014 compared to the previous year, said IDC.

Jean Philippe Bouchard, IDC Research Director for Tablets, said: “Despite this trend, we believe that stronger commercial demand for tablets in the second half of 2014 will help the market grow and that we will see more enterprise-specific offerings, as illustrated by the Apple and IBM partnership, come to market.”