This is primarily because of Micromax, which has become the # 2 player in tablet market in India in Q1 against #1 position in Q4 and the full CY 2012, has started focusing more other tablet categories.

On the other hand, Datawind has emerged as the leading tablet brand in India in Q1. Datawind’s market share increased to 15.3 percent in Q1 from 9.64 percent in Q4.

Apple has become the third largest tablet vendor in the first quarter with 11.7 percent market share based on shipments.

Karbonn, which had 9.85 percent market share and #2 ranking, does not find a place in top 3 position in Q1 ranking.

Samsung is also not part of the top 3 tablet players in the 7-inch and above category in India.

3G-enabled tablets made up 23 percent of total sales during Q1. This trend could be responsible for Samsung’s absence from the top 3 list, as customers are able to purchase 3G-enabled devices at the same price-point at which Samsung offers Wi-Fi only devices to consumers. 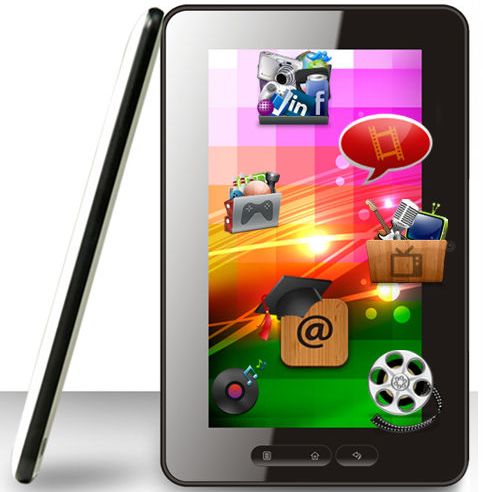 The growth in shipments of tablets in the India market registered an 158.96 percent year-on-year growth, but 17.57 percent quarter-on-quarter dip due to seasonal factors.

Faisal Kawoosa, lead analyst, CMR Telecoms Practice, said: “The continued long term growth in shipments of tablets in the India market further points to the fact that a large proportion of first time users of computers in emerging markets like India are getting to experience computing through this highly portable, converged form factor.”

Tarun Pathak, analyst, CMR Telecoms Practice, said, “This trend points to a sort of polarization of India Tablet user segments – one set looks primarily for performance and best-in-class build quality and typically opts for the high-end Apple iPad, while the other segment looks for a wide range of features at an affordable price point and opts for brands like Datawind and Micromax.”