Giving green signal for the next chapter in Nokia’s near 150-year history, Nokia shareholders on Tuesday approved the $7.4 billion sale of the company’s mobile phone business to software major Microsoft.

“This is a significant step forward for Nokia. We are delighted that shareholders have given us overwhelmingly strong support to proceed with this transformative agreement,” said Nokia Board Chairman and interim CEO, Risto Siilasmaa. “Today’s vote brings us closer to completing a transaction which will mark the beginning of the next chapter in Nokia’s near 150-year history, offering the potential of greater value for shareholders,” he said.

Investors holding more than 99 percent of Nokia voting rights supported the deal, according to a final tally at Tuesday’s shareholders meeting in Helsinki. The sale is expected to close in the first quarter of next year after regulatory clearances.

Several shareholders expressed their unhappiness at the extra ordinary general meeting on Tuesday. Nokia fans will miss the iconic brand. Microsoft, which is looking for a new CEO, will have its own strategies to sell devices. 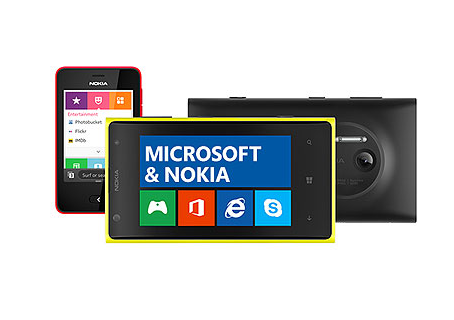 Nokia had in September agreed to sell its devices and services business and license in a bid to focus on NSN, its telecom equipment business. Nokia lost considerable market share in smartphone space to Samsung and Apple in the last 2 years – mainly due to lack of new and innovative products.

The sale is set to boost Nokia’s net cash position to nearly 8 billion euros from around 2 billion in the third quarter.

Nokia earlier this year suspended its annual dividend for the first time in its 148-year recorded history in an attempt to preserve cash, Reuters reported.

Without the loss-making handset business, the remaining company will derive more than 90 percent of its sales from NSN. It will also include a navigation software unit and a trove of patents.

Since the Microsoft deal was announced, Nokia shares have doubled, closing at 5.82 euros on Tuesday.