Wireless chip major Qualcomm will launch Qualcomm Toq smartwatch in Q4 of 2013. It will compete with Samsung Galaxy Gear smartwatch, which is available from September.

Also, final specifications are not available. Qualcomm, which competes with Samsung Galaxy Gear, will make value addition to Toq before the launch of the smartwatch in the fourth quarter of 2013. 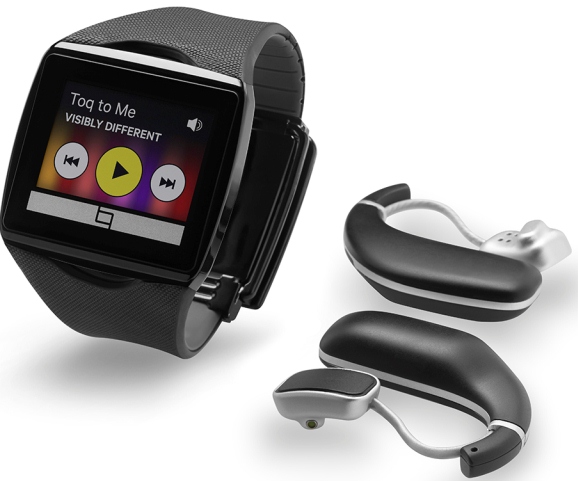 “Toq not only represents a long history of technological innovation for Qualcomm, but it also demonstrates our commitment to delivering the breakthrough technologies that redefine the ways we interact with each other and the world around us,” said Qualcomm CEO Paul E Jacobs.

Qualcomm has also made several announcements at its ongoing Uplinq event.

Smart Terrain creates a real-time 3D map of tabletop terrain to give apps awareness of objects in physical environments.

Qualcomm unveiled 2net Mobile, a 2net Platform gateway enabling aggregation of clinical data from multiple medical device sensors into one unified stream on a variety of mobile phones and tablets, and transmission of that data in a system designed to meet HIPAA security requirements.

Qualcomm AllPlay is a media streaming platform that makes it easy to develop and offer consumers wireless streaming of local and cloud-based content across any brand or platform.