This reflects that only serious players with wider distribution reach will survive in Indian tablet market. The same correction happened to mobile phone industry 2-3 years back when several hundreds of small Chinese and Taiwanese handset makers exited from Indian mobile phone market. 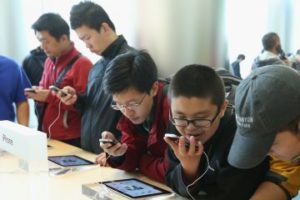 Faisal Kawoosa, lead telecoms analyst, CMR, said: “There is a dip in the number of vendors shipped in Q4. Several tablet vendors were less active. They may have shipped 25,000 to 50,000 in the first half of the year and were waiting for the market response. Though we cannot say that most of these companies are going to exit from tablet market, the space is undergoing a correction.”

Though cost conscious, Indian tablet users are quality conscious and are willing to pay Rs 7,000 to 8,000 per tablet unit.

“We have seen the market for these devices grow substantially in 2012, particularly in the second half which made up for over 70 percent of the total sales,” Kawoosa added.

CMR says it used to consider tablet as a device with screen size of 5-inch or larger. With the emergence of Phablets as a sustainable form factor in its own right, it will consider only devices of 7-inch screen size and above as tablets for the purpose of market analysis.