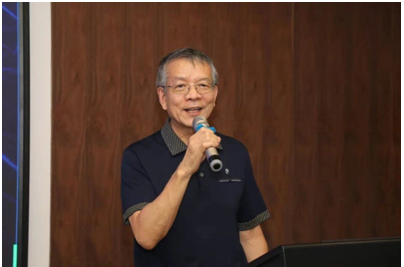 “In the post-Moore era, the development of industrial technology has slowed down; however, in China, the room and opportunities for innovation have been increasing,” noted Wu Hanming, Dean of the College of Microelectronics and Nanoelectronics at Zhejiang University, recently. The discussion is mostly around the 14nm technology, a mature technology compared to competitive processors like 3nm and 5nm.  Also, the large-scale shortage of semiconductor chips that affected industries across the globe has made localized production of 14nm necessary and urgent. China is all set to take advantage of this opportunity by promoting local manufacturing. It is expected that 14nm will flourish in the domestic chip manufacturing segment and attain full-scale mass production next year.

The rise of the Internet of Things (IoT), the nearing end of Moore’s era, and the pattern transfer are the three major trends influencing the rise of 14nm technology.

The development of industrial IoT across manufacturing, healthcare, automotive, and others brings in the need for a large number of basic components, which will become an indispensable part of the supply chain. Also, the growing traction around the Internet of Everything has transformed the mobile Internet era, with smartphones now acting as the driver of digital transformation across all consumer segments. According to IDC data, in 2024, the expenditure of China’s IoT market is expected to reach 300 billion US dollars. The number of chips required to support the IoT applications is far greater than that of consumer electronics or manufacturing, but process requirements for these chips are much lower than that of mobile phones. The 14nm process which is currently used in high-end consumer electronics, AI chips, application processors, automotive electronics, emerges as the most viable in meeting the emerging demand from IoT applications.

Secondly, the slow-down of Moore’s Law is driving 14nm chips to be the mainstream of high-end chips, according to Hanming. As per Moore’s Law, “with the same price, every 18-24 months, the number of transistors that an integrated circuit can hold doubles and the performance doubles.” As a result of Moore’s Law, the cost of the chip was reduced by a million times within a few decades, causing several industries to flourish and contributing to massive social and economic development across the globe. However, over the past few years, there is a slowing down of Moore’s Law, concerning the unit cost of transistors. In around 2014, when the chip process evolved to 28nm, the price of 1 million transistors was about 2.7 cents, but when it evolved to 20nm, the price rose to 2.9 cents. Thus advanced chip technologies have violated the original Moore’s law from an economic point of view. Worldwide, the growing momentum around costlier 5nm and 3nm technologies for the next-gen mobile applications has caused a further violation of Moore’s Law. Thus, from the economic perspective, the self-sufficiency of 14nm will mean a lot to the industry, Hanming said.

Third, the 14nm process has been able to address some of the major challenges faced by global chip manufacturing processes, including the challenge of pattern transfer, the challenge of new materials, and, the challenge of increasing the yield rate.  In the 14nm process, key equipment such as etching machines and thin film deposition have been realized from scratch and applied in large-scale production lines, according to Hanming. Further breakthroughs have been made in the research and development of the 14nm process, and the results of subsequent packaging integration technology have been fully realized in mass production. Hundreds of key materials, such as polishing agents and sputtering targets, have passed the assessment of large production lines and entered mass sales.

Globally, 14 nm is still the mainstream process for most mid-to-high-end chips, and it is currently one of the most market-valued process technologies. Market research reveals that only 17 percent of the integrated circuit products released in 2020 use below the 10nm node, and 83 percent of the products use relatively mature technology nodes. During the first half of 2019, the market size of semiconductor sales was approximately US$200 billion, of which 65 percent of the chips used 14nm process technology.  It is to be noted that many of the products that ran out of stock during last year’s crisis belonged to the 14nm process. Automotive chips were the first to go short in supply, followed by industrial chips, chips for the home industry, and then the entire semiconductor supply chain from foundry to packaging.

China itself is a major consumer of chips, accounting for 45% of global chip demand. This further underlines the need for localized production of mature chips. Globally, pure-play foundries like GlobalFoundries and UMC achieved mass production of 14nm in 2015 and 2017 respectively. In China, SMIC achieved mass production of 14 nm chips in late 2019, with many other companies showing similar capabilities since then. It is reported that China’s semiconductor (computer chip) industry has increased its output, especially in the first seven months of this year. Since January, integrated circuit production grew by 47.3 percent.

Hanming urges that China should aim to achieve a growth rate which is higher than the global average to remain competitive in the semiconductor industry. The semiconductor industrial chain is wide and long, so the manufacturing must focus on building globalized models that facilitate collaborations across different processes. The country should also develop a technology research and development platform to flourish in the new market economy.