Broadcom revealed its revenue rose 15 percent to $6.61 billion in the second quarter ended May 2, from $5.74 billion a year earlier. 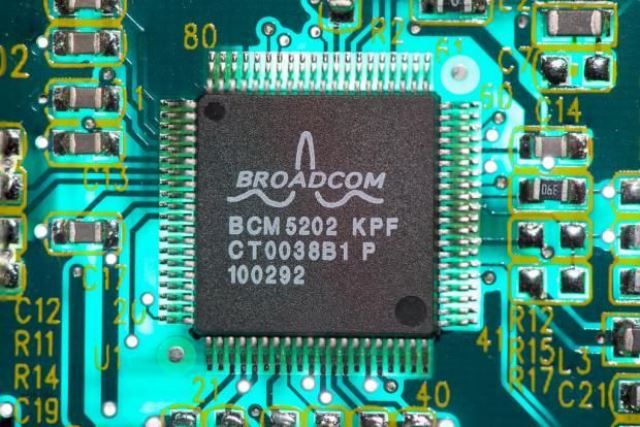 As the rollout of 5G ramps up, strong demand for higher-priced chips used in smartphones will benefit Broadcom. iPhone maker Apple is one of the major customers in its wireless chip division. Research firm IDC says 5G smartphone shipments are expected to grow nearly 130 percent in 2021, almost all regions outside of China will see triple-digit growth by the end of this year.

The effects of the pandemic have provided a window of opportunity for server OEMs, including HPE and Dell, to develop new business models such as hybrid cloud solutions or colocation services that allow their customers to pay as they go, in addition to their existing sales of whole servers, TrendForce said.

Broadcom forecast current-quarter revenue of $6.75 billion, registering 16 percent increase, as the semiconductor firm is set to benefit from the rising adoption of 5G technology. The company’s fiscal third-quarter estimates typically include ramping up production for the launch of Apple’s iPhones in the fall.

Broadcom CEO Hock Tan said demand in the company’s wireless segment was higher than expected in the just-ended fiscal second quarter, which could result in less demand in the fiscal third quarter.

He also said that long-term supply contracts such as the one with Apple give Broadcom “the confidence to invest in R&D to make (capital expenditure) capacity investment. And in return, we offer the best leading-edge technology in specific areas in a timely manner to our critical customers.”

Broadcom has been working to allocate the chips it can get to end market demand for electronics rather than to customer stockpiling, an effort analysts said seems to be working.