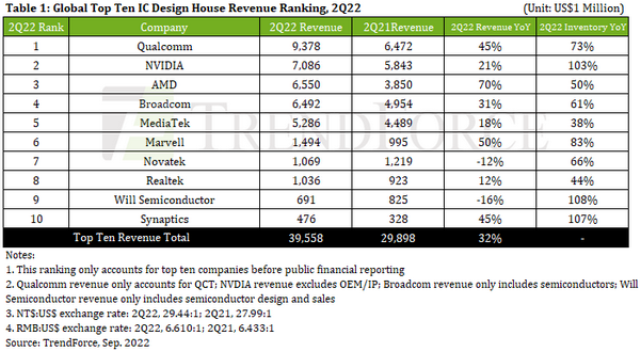 NVIDIA benefitted from expanded application of GPUs in data centers to expand this product category’s revenue share to 53.5 percent, making up for the 13 percent slump in its game application business, bringing total revenue to $7.09 billion, though annual growth rate slowed to 21 percent.

MediaTek revenue rose 18 percent to $5.29 billion as it maintained growth in the mobile phone, smart edge, and power IC sectors, but was stifled by sluggish sales of Chinese-branded mobile phones during Q2 2022.