South Korea’s exports of chips, one of its key export items, are expected to top $100 billion this year, the trade ministry said on Tuesday, on the back of rising demand of IT products amid the pandemic-induced contactless trend.

South Korea’s chip exports are projected to increase 10.2 percent on-year to $109.3 billion in 2021, the country’s second-best performance after 2018, when it shipped $126.7 billion worth of semiconductors, according to a report from the Ministry of Trade, Industry and Energy and the Korea Semiconductor Industry Association.

In 2020, South Korea’s chip exports reached $99.2 billion, up 5.6 percent from a year ago, the ministry data showed. Exports of system chips reached their largest number ever with $30.3 billion last year, becoming the fifth-largest export item.

“With the expansion of the 5G market and stay-at-home economy, demands for smartphones, servers and PCs will increase and improve the chip market,” a ministry official said.

According to a recent report from World Semiconductor Trade Statistics, the global semiconductor market is projected to grow 8.7 percent on-year in 2021, with the memory sector posting growth of 12.2 percent.

The ministry said South Korea’s spending on chipmaking equipment in 2021 is expected to be the largest in the world at $18.9 billion, beating its rivals China with $16.8 billion and Taiwan with $15.6 billion. 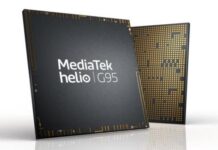