Intel said its factories will start building Qualcomm chips and expand its new foundry business to take on rivals such as Taiwan Semiconductor Manufacturing (TSMC) and Samsung Electronics by 2025. 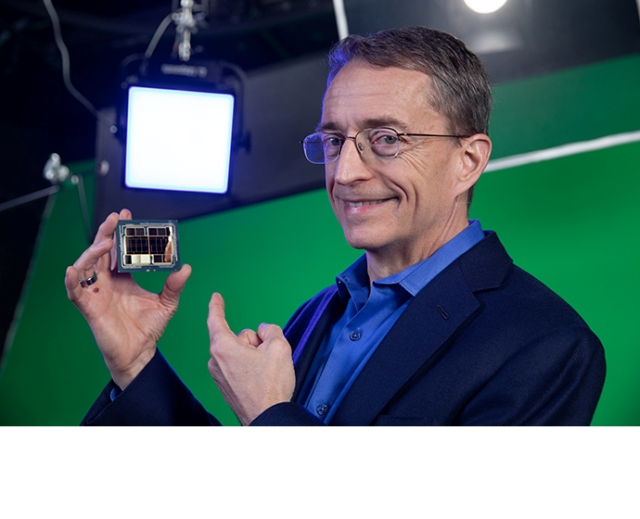 Amazon.com will be another new customer for the foundry chip business.

Intel for decades held the lead in technology for manufacturing the smallest, fastest computing chips. Intel has lost that lead to TSMC and Samsung, whose manufacturing services have helped Intel’s rivals Advanced Micro Devices (AMD) and Nvidia produce chips that outperform Intel’s. AMD and Nvidia design chips which then are made by the rival chip manufacturers, called foundries.

Intel said on Monday it expects to regain its lead by 2025 and described five sets of chipmaking technologies it will roll out over the next four years.

Intel described the roadmap with the new node names and the innovations enabling each node:

Intel 7 delivers an approximately 10 percent to 15 percent performance-per-watt increase versus Intel 10nm SuperFin, based on FinFET transistor optimizations. Intel 7 will be featured in products such as Alder Lake for client in 2021 and Sapphire Rapids for the data center, which is expected to be in production in the first quarter of 2022.

Intel 4 embraces EUV lithography to print incredibly small features using ultra-short wavelength light. With an approximately 20 percent performance-per-watt increase, along with area improvements, Intel 4 will be ready for production in the second half of 2022 for products shipping in 2023, including Meteor Lake for client and Granite Rapids for the data center.

Intel 3 leverages FinFET optimizations and increased EUV to deliver 18 percent performance-per-watt increase over Intel 4, along with additional area improvements. Intel 3 will be ready to begin manufacturing products in the second half of 2023.

RibbonFET, Intel’s implementation of a gate-all-around transistor, will be the company’s first new transistor architecture since it pioneered FinFET in 2011. The technology delivers faster transistor switching speeds while achieving the same drive current as multiple fins in a smaller footprint.

PowerVia is Intel’s unique implementation of backside power delivery, optimizing signal transmission by eliminating the need for power routing on the front side of the wafer. Intel 20A is expected to ramp in 2024.

2025 and Beyond: Beyond Intel 20A, Intel 18A is already in development for early 2025 with refinements to RibbonFET that will deliver another jump in transistor performance. Intel is also working to define, build and deploy next-generation High NA EUV, and expects to receive the first production tool in the industry.

“Building on Intel’s unquestioned leadership in advanced packaging, we are accelerating our innovation roadmap to ensure we are on a clear path to process performance leadership by 2025,” Intel CEO Pat Gelsinger said during the global Intel Accelerated webcast.

Intel said it will change its naming scheme for chipmaking technology, using names like Intel 7 that align with how TSMC and Samsung market competing technologies.

Intel’s first major customers will be Qualcomm and Amazon. Qualcomm, which dominates chips for mobile phones, will use what Intel is calling its 20A chipmaking process, which will use new transistor technology to help reduce how much power the chip consumes.

Amazon, which is making its own data center chips for its Amazon Web Services, is not yet using Intel’s chipmaking technology but will use Intel’s packaging technology, the process of assembling chips.

Intel did not give details how much revenue or manufacturing volume the customer wins would bring.

David Kanter, an analyst with Real World Technologies, said Intel is being more cautious than in the past. The years of delays resulted in part from the “hubris” of tackling multiple technical problems in a single generation of technology. 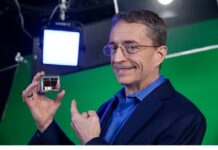 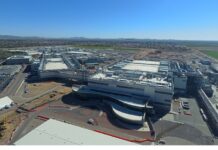