“Two major factors impacted the top OEMs’ semiconductor spending in 2020, the COVID-19 pandemic and the political conflict between the U.S. and China,” said Masatsune Yamaji, research director at Gartner.

“The pandemic weakened the demand for 5G smartphones and disrupted vehicle production, but drove the demand for mobile PCs and video games, as well as the investment in cloud data centers through 2020. Furthermore, a rise in memory prices in 2020 resulted in increased OEM chip spending through the year.”

Huawei significantly decreased its semiconductor spending in 2020, down 23.5 percent from 2019. The U.S. government increased trade restrictions on Huawei in 2020, limiting its ability to purchase semiconductors, which, in turn, limited its smartphone supply and reduced its market share.

Apple retained its position as the No. 1 global semiconductor customer in 2020, mainly due to the continued success of AirPods, special demand for Mac computers and iPads, and increasing NAND flash consumption.

Samsung Electronics remained in second position and increased its spending by 20.4 percent in 2020, due to weakened competition from Huawei and the strong demand for enterprise solid-state drives (SSDs) for data centers. The company benefited from trends such as working from home and e-learning that drove demand for PCs and cloud servers in which many SSDs from Samsung are used.

Among the top 10 companies, Xiaomi increased its spending the most (26 percent) in 2020. Xiaomi’s smartphone business was minimally impacted due to its primarily online-channel-driven sales model throughout the pandemic. Sanctions on Huawei enabled Xiaomi to gain more market share in the smartphone market. 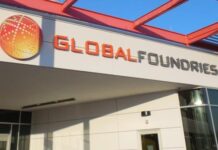