Reuters reported that as part of the Chinese antitrust probe, China’s National Development and Reform Commission (NDRC) initiated an investigation into Qualcomm last year and is currently holding talks with the U.S. company. The final penalty will depend on the negotiations.

Qualcomm officials say the company is cooperating with the investigation.

The probe and the potential fine – the amount of which could hinge on negotiations – come as the NDRC zooms in on information technology providers, especially companies that license patent technology for mobile devices and networks.

China is a big market for Qualcomm. San Diego-based Qualcomm, which is scheduled to report quarterly results later on Wednesday, is positioned to reap the vast majority of licensing fees for the chip sets used by handsets in China, the world’s biggest smartphone market.

The probe is happening at a time when Qualcomm is trying to maximize its business in China during the country’s 4G LTE expansion. Chinese telecom firms — China Mobile, China Telecom, China Unicom — may invest as much as 100 billion yuan ($16.4 billion) in equipment for 4G networks.

Under the anti-monopoly law, the NDRC can impose fines of between 1 and 10 percent of a company’s revenues for the previous year. Qualcomm earned $12.3 billion in China for its fiscal year ended September 29, or nearly half of its global sales, Reuters reported.

It seems that the probing agency has strong evidence against the chip vendor, which competes with Samsung, Intel, etc. In 2013 December, the head of the NDRC’s anti-price-fixing bureau told state media there was substantial evidence against Qualcomm in the antitrust probe. 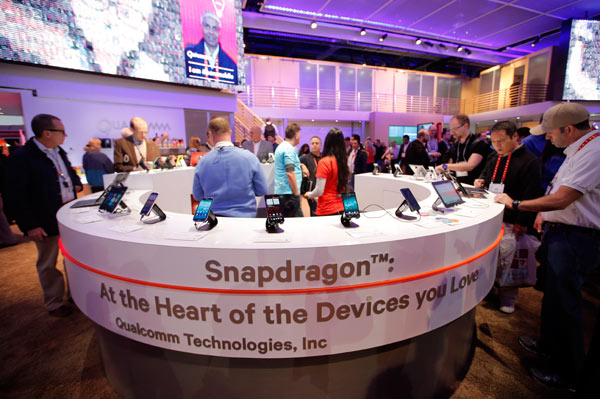 The Qualcomm probe is a prime example of the uncertainty foreign firms are grappling with as China’s regulators target key industries to shield consumers from practices that could lead to what they call unreasonably high prices, Reuters reported.

In 2009, South Korea’s Fair Trade Commission fined Qualcomm 273 billion won ($252 million), the agency’s biggest ever penalty against a single company, for abusing its dominant position in CDMA modem chips which were then used in handsets made by Samsung Electronics and LG Electronics.

Falling afoul of Chinese regulators would be painful for Qualcomm, which saw revenues in China more than double over the last two years. Revenues, which include domestic sales as well as licenses for devices assembled in China and then exported, rose to $12.3 billion in 2013 from $4.7 billion in 2011.

Shipments of 4G enabled smartphones, many of which use Qualcomm’s technology, are expected to increase by about a third to top half a billion units in Greater China in 2015, according to data firm Canalys, compared with the 385 million units shipped in 2013.

Qualcomm charges handset manufacturers differing royalty rates, which usually range from 1 to 6 percent of the wholesale price of a handset. 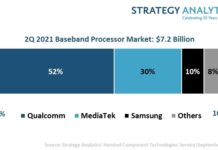