Qualcomm said this is an unprecedented and insupportable decision relating to licensing practices that have been in existence in Korea and worldwide for decades and that the KFTC reviewed but did not question in a previous investigation of Qualcomm.

KFTC’s decision will not become effective till the agency issues a written decision and order.  The chip maker said that it will file for an immediate stay of the corrective order and appeal the KFTC’s decision to the Seoul High Court.

Qualcomm will appeal the amount of the fine and the method used to calculate it. Though it can appeal, Qualcomm will be forced to pay the fine within 60 days of the issuance of the written order, subject to possible adjustment or refund as part of the appeal process.

Qualcomm disagrees with the KFTC’s announced decision, which is inconsistent with the facts and the law, reflects a flawed process and represents a violation of due process rights owed American companies under the Korea-U.S. Free Trade Agreement (KORUS).

Qualcomm said that the decision of KFTC seeks to disrupt established licensing practices that have been accepted by the wireless industry and used by major patent holders for decades, including Korean companies and government institutions like ETRI, Samsung and LG.

“Qualcomm strongly believes that the KFTC findings are inconsistent with the facts, disregard the economic realities of the marketplace, and misapply fundamental tenets of competition law,” said Don Rosenberg, executive vice president and general counsel, Qualcomm.

This decision does not take issue with the value of Qualcomm’s patent portfolio. Qualcomm said its R&D investments in mobile technologies and its licensing of those technologies to mobile phone suppliers and others have facilitated the growth of the mobile communications industry in Korea and worldwide.

Qualcomm’s requests during the KFTC’s investigation for basic due process rights such as access to the case files and the right to cross examine witnesses were denied. These rights and others are supposed to be guaranteed to U.S. companies under the Korea-U.S. Free Trade Agreement.

The royalties received by Qualcomm for sales of handsets into Korea accounted for less than three percent of total Qualcomm licensing revenue during Qualcomm’s fiscal 2016.

KFTC’s decision to regulate intellectual property rights granted by other countries or activities outside of Korea would be in direct conflict with rules of international law. 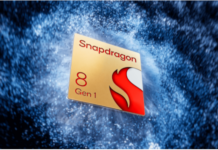