Telecom Lead Asia: Samsung has dropped Qualcomm modem from the Galaxy SIII E210 in favor of its home grown solution.

The Korean devices major recently launched the Galaxy SIII E210s in Korea without Qualcomm modem, according to ABI Research.

Samsung has been known for its high-end application processors that appear in a number of its smartphones but the modem in its product has typically been supplied by companies such as Qualcomm, Intel, Broadcom, STE, or Via Telecom.

James Mielke, VP of Engineering, ABI Research, said: “Mid last year it introduced a CDMA/LTE phone that was produced with a Via Telecom CDMA modem, a Samsung LTE modem, and a Samsung application processor. This combination became popular for Samsung during the remainder of the year. What makes this variant of the Galaxy SIII so interesting is the modem is a single chip HSPA/LTE integrated circuit designed and manufactured by Samsung.”

As Samsung continues to capture more share of the smartphone market, Samsung’s growing reliance upon captive market solutions could prove to be a major concern for suppliers such as Qualcomm and Via Telecom.

ABI Research warns that this move to manufacturing its own solutions plus Samsung’s recent purchase of CSR’s handset business could prove a key turning point that signifies a shift in the handset component market towards a platform battle between two major powerhouses of the mobile industry. 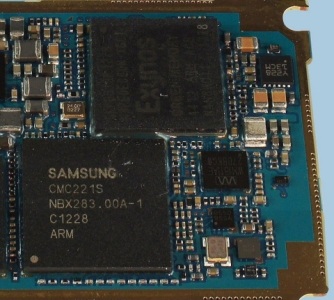 Recently, Qualcomm Chairman and CEO Paul E Jacobs hinted at a strong 2013 thanks to telecom operators’ Capex plan for 3G and 4G.

Qualcomm has clocked 18 percent year-over-year increase in revenues to $4.87 billion in fourth quarter of 2012. During the fourth quarter, Qualcomm’s net income grew 20 percent to $1.27 billion.