The Korean consumer electronics giant, with sales of $1.1 billion, has 61 percent of the global mobile DRAM market. 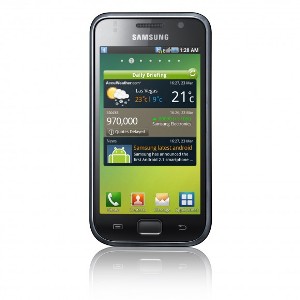 Success of smartphones such as the Galaxy S III, Samsung is also one of the world’s largest consumers of mobile DRAM. Samsung reported 3 percent growth in sales during the quarter, and its year-to-year growth was 35 percent.

SK Hynix Semiconductor clocked sales of $362 million, down from $377 million a year ago.

Elpida Memory of Japan and the U.S.-based Micron Technology are in third and fourth places, respectively.

Elpida has 13 percent market share based on mobile DRAM revenue of $245 million, up sequentially by 12 percent.

Micron saw its share amount to 4 percent in light of $79 million in revenue, down 30 percent on the quarter.

For SK Hynix and Elpida in particular, the two have seen their share of activity increase at Apple during the past months because they supply mobile DRAM for the iPhone.

Revenue for mobile dynamic random access memory (DRAM) revenue increased to $1.85 billion in the second quarter, up from $1.83 billion in the first quarter.

“This sustained growth is courtesy of the continued propulsive expansion of the smartphone and tablet markets, the two main consumers of mobile DRAM. The second quarter this year also marked a new revenue record for the segment, exceeding the peak reached in the first quarter. The achievement is notable: While the overall DRAM market is down in 2012 compared to year-ago levels, mobile DRAM revenue is trending higher,” said said Mike Howard, senior principal analyst for DRAM & memory at IHS.

Second, the price of mobile DRAM has fallen less than that of its besieged cousin, commodity DRAM. DRAM pricing is less vulnerable, falling 10 percent per quarter on average.