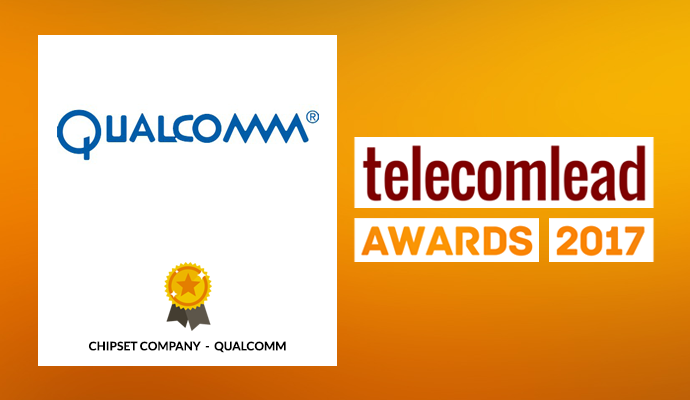 The jury of TelecomLead Awards 2017 has decided to present TelecomLead Chipset Company (4G Chipset) award to Qualcomm for actively contributing to the success of 4G smartphone makers and 4G operators in the Indian telecom industry in the last 12 months.

Chipset maker Qualcomm is actively playing a big role in the growth of India’s 4G smartphone base. 4G smartphone-base will be growing rapidly in the next 1-3 years thanks to the availability of cost effective phones and data plans. Qualcomm’s 4G chipsets are the foundation for the growth of the mobile Internet penetration in India.

The 3G ecosystem in India is facing pressure due to the launch of 4G services. Almost 100 percent of smartphones now shipped in the country are 4G enabled supporting telecom operators. Since 4G speeds are 10x better as compared with 3G speeds, telecom operators will be shifting towards 4G networks in phases.

In addition to Qualcomm, TelecomLead Chipset Company award will be given to Intel for playing an active role in IoT space.