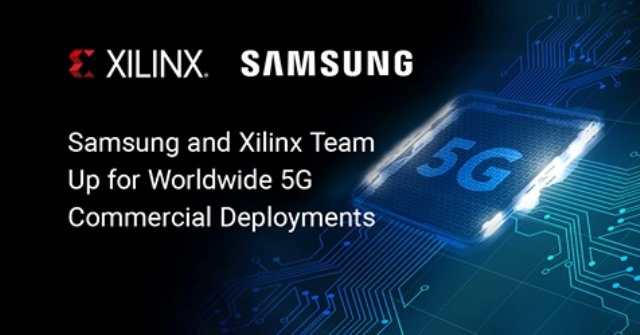 Samsung Electronics is one of the leading 5G network suppliers in the United States and South Korea. Xilinx competes with China’s Huawei and ZTE, Ericsson from Sweden and Nokia from Finland.

Xilinx announced 10 percent dip in revenues to $723 million for the third quarter of fiscal year 2020.

Xilinx’s wired and wireless business, which contributes 31 percent of the total sales, reported 18 percent drop in revenue during the third quarter of fiscal 2020.

“We are seeing greater than expected weakness in our wired and wireless business due to a slowdown in both 5G and wired infrastructure deployments,” said Victor Peng, president and chief executive officer of Xilinx, in January.

Xilinx makes programmable chips used in telecommunications equipment such as base stations made by Ericsson, Nokia and Huawei Technologies. Xilinx is unable to supply 5G chips to China’s Huawei due to guidelines from U.S. authorities.

Samsung will use Xilinx’s Versal computing chips, which will help with a technology called beamforming that lets 5G network handle more wireless data than previous generations of networks.

“Versal ACAPs will provide Samsung with the superior signal processing performance and adaptability needed to deliver an exceptional 5G experience to its customers now and into the future,” Liam Madden, executive vice president and general manager, Wired and Wireless Group, Xilinx, said.