Telecom Lead Asia: Alcatel-Lucent is yet to turn around in Indian mobile market.

The company’s revenues in India decreased in the first quarter of 2013, primarily because of the actions it has taken on managed services. Recently, Alcatel-Lucent exited from a managed services joint venture with Bharti Airtel.

However, the company does not disclose the India specific revenue and growth details.

Despite special efforts in China and India, two emerging telecom markets in the world, Alcatel-Lucent declined 4 percent in Asia Pacific region. Revenue growth in China was essentially flat to slightly up. 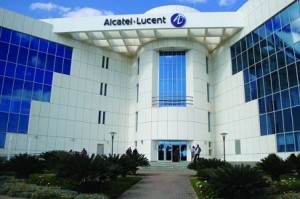 Huawei India recently said it will show modest growth in India in 2013 due to adverse market conditions.

In 20122, Alcatel-Lucent India posted 41 percent decrease in revenue primarily because of uncertainties about telecom investment in the country. Alcatel-Lucent’s ex-CEO Ben Verwaayen had expressed concerns about uncertainties in Indian telecom market.

Though Alcatel-Lucent had tough times in the Asia Pacific region, some other telecom markets supported for revenue growth.

In Japan, Alcatel-Lucent has almost doubled year-on-year of revenue, said Combes during his analysts call to share Q1 revenue.

The Middle East and South and Latin America regions added to woes of Alcatel-Lucent. However, revenue from Brazil rose 17 percent.

Meanwhile, Alcatel-Lucent has already renegotiated 10 of the 16 managed services contracts that were loss making. It’s in the process of renegotiating the terminating activity. It will see revenue decline of about €400 million over the period.