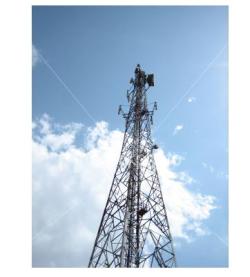 The Asia Pacific region will represent over 55 percent of the total green mobile telecom spending by 2016.

The growth drivers for going green include the increase in the number of off-grid base stations as mobile operators strive to reach potential subscribers in more rural areas.

Investment in green telecom is likely to reduce GHG emissions from the telecom industry by 32 percent by 2016 compared to a business-as-usual scenario.

Many of these new base stations will be powered by solar, wind, or hybrid energy sources. At the same time, the cost of deploying green base stations, particularly solar-powered ones, is declining. The price for solar photovoltaic modules has dropped significantly in the past several years.

“Though most sustainability efforts by the telecom industry to date have focused on procuring clean sources of power, the range of options is expanding rapidly, particularly in the area of energy efficiency,” said research director Eric Woods.

Vendors are responding by taking a holistic approach to green telecom by offering more than just technological advances. Services such as network and site planning can also reduce the energy needed to run a network, and adequate take-back programs for legacy equipment are becoming requirements for most contracts.

Recently, Greenpeace said telecom operators in India have failed to adhere to the deadline to publicly announce their carbon emissions as mandated in the Green Telecom Directive issued by the Department of Telecommunication, Government of India.

There has been no information on the mandatory carbon emission disclosure.  Further Greenpeace organization also finds that the Tower and Infrastructure Providers Association (TAIPA) has issued a request for proposal for 500 sites even though the pilot on around 4000 sites has already been conducted.  The RFP for 500 new sites is insignificant and shows lack of commitment among stakeholders.