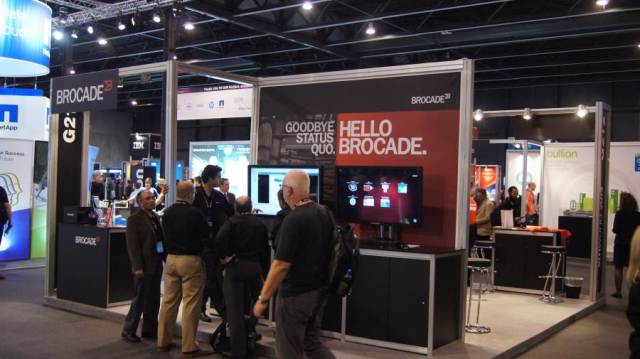 2017 is expected to see continued disaggregation of hardware and software leading to more cost-effective networks, at increased capacity, offering more flexible service models across an expanding footprint. There will be advancement in wireless network technology, as well as a subtle shift in security postures of enterprise endpoints. Users will be more connected, more often, to the networked resources they need to be most effective.

2017 is expected to see complete software-defined network infrastructure solutions that are commercially available, multi-vendor, based on a viable ecosystem of SDN and NFV components. Proprietary platforms will begin to feel uncomfortably closed as users realize the extent of their lock-in. The adoption of SDN and NFV will rise, beyond the early adopter service providers, as enterprises and private datacenters begin to see a manageable path to achieve the value of a flexible infrastructure.

With the rapid adoption of smartphones in recent years, and a consolidation of mobile OS platforms, wireless user behaviors have become better understood. At the same time, users are becoming more advanced and their expectations of the network are rising accordingly.

As more and more things are connected to the network, in 2017 a new normal will begin to emerge for networked cars. Opportunities to improve vehicle maintenance and driver convenience are already being explored by carmakers, but the real opportunities are only just beginning to become apparent. In the coming year, users will begin to realize the promise of being able to connect their cars and homes, to share telemetry and driving conditions with nearby vehicles, and integrate more fully with the driver’s IT experience – safely integrating personal calendars, messaging apps, etc., into the driving experience.

The IoT market will begin to develop standards that make their platforms more secure, as well as more open and sustainable in 2017. In addition to easing consumers’ minds, these standards will enable an IoT ecosystem that increasingly appeals to enterprises, allows service providers to create innovative services, and enables advanced use cases that one can only imagine today.

The Blurring of Endpoints, Networks, and Clouds

Applications on mobile devices will continue to collaborate with centralized cloud-based services. Nascent technologies like mobile edge computing (MEC) will open up a world of new possibilities, such as low-powered devices taking advantage of local compute resources in the network to preserve battery, or mobile devices being pursued by self-migrating instances of low-latency network services. The foundations of this hyper-distributed architecture emerge, with massive implications for the future of both network and application architectures will be seen in 2017.

In 2017, machine learning will expand as a fundamental technology driving innovation in every industry. In the context of network technology, ML techniques will be applied to problems that were previously thought to be impractical to solve. Combined with SDN and NFV, machine learning will be a core competency for any vendor trying to build next-generation platforms for vehicular networking, IoT, MEC, cloud, and security.

Shadow IT vs. Security

Despite potential dangers, Shadow IT continues to grow as enterprise IT is unable to compete with features, ease of use, and reliability of consumer services. In the face of Shadow IT behavior, corporate info-sec teams will continue to struggle. While some organizations will attempt to legislate security via corporate policy, the most enlightened companies will recognize the implicit threat of sub-par IT services. The successful IT and info-sec teams will collaborate on modernizing and securing their infrastructure with SDN, orchestrated NFV security services, advanced encryption and identity management, integration of cloud services, and compartmentalization of local apps.

Virtual Reality (VR) and Augmented Reality (AR) have struggled against technical limitations for decades, but 2016 was apparently the break-out year – consumer VR headsets are available for video game systems just in time for the 2016 holiday season, several popular smartphone brands now have VR functionality, and the release of promising new AR systems is on the horizon. These VR and AR systems will focus primarily on entertainment and education. These will be used as experimental applications in communications, data visualization, and enterprise situational awareness as the platforms become more established toward mid to late 2017.