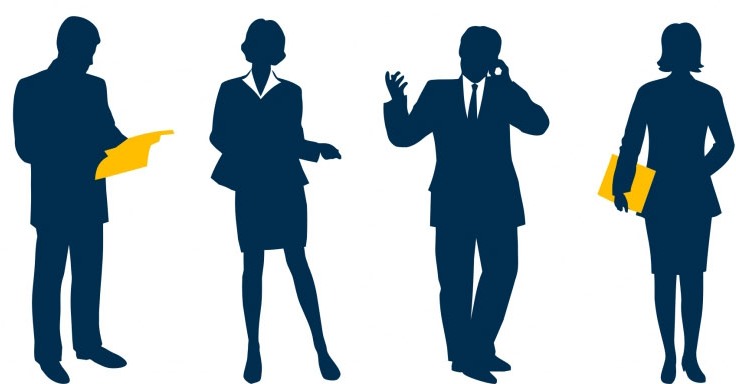 Stakeholders of the Indian telecom industry have responded to the Budget 2017 presented by Finance Minister Arun Jaitely.

We welcome the Government’s move to initiate additional corpus and schemes to empower rural development, especially post demonetisation. The goal to create a smarter digital infrastructure pan India continues with the allocation of Rs 10,000 crore for BharatNet. This is a major step towards delivering high-speed, last-mile connectivity at the grass root level through optical fibre in 150,000 gram panchayats by the end of 2017-18.

With the FM focusing on mobile broadband, rural broadband and Digital India for the benefit of people living in rural, remote and urban areas, we anticipate a strong push to build broadband highways in the country. This is another step towards the realisation of the Broadband for All vision, and will bring true broadband experience to the masses.

The allocation of Rs 10,000 crore towards BharatNet will give a boost to broadband connectivity in the country. The success of the BHIM app and announcements related to its promotion, Aadhar based swipe machines, and tax exemption to those who use Aadhar based POS machines, will help accelerate acceptance of digital payments. Digital Village and Digi-Gaun will extend the benefits of digitization to rural India and contribute to a Connected India.

Fujitsu is enthused by the slew of measures being introduced in Budget 2017. While the move towards an internal ‘borderless’ nation  will obviously benefit the nation, as has been discussed in various forums – an emphasis on infrastructure in terms of electrification, digital services, roads etc. will further build on the foundation  to India being a world class economy.

The Union Budget 2017-18 focuses on Inclusion, Transparency, Fiscal Responsibility and gives a big push to the Digital economy. It encourages a shift to digital platforms with incentives to payers as well as merchants driving convenience, efficiency and transparency. An increased allocation to BharatNet will bring high speed broadband connectivity to more than 1,50,000 gram panchayats, with wifi hot spots and access to digital services at low tariffs. The proposed DigiGaon initiative to provide telemedicine, education and skills through digital technology will increase empowerment.

The focus on digitisation and reforms on restricting cash spending is an important step towards making India a digital economy.  There were some corrective measures that were announced such as tax sops for SMEs and MSMEs, which will be a welcome gestures for that segment. Boosting more demand and upbringing rural economy will further give rise to public spending which will show results in the long run.

Rs 10 lakh crore credit announced for farmers is the probably the highest amount which has been provisioned in this budget and some of the other funds announced will benefit the farmers further and we are hopeful that it create rural jobs as well.

The government has also acknowledged the need to bring down lending rates to ensure cheaper funds for both industry as well as consumers and GST will be able to address that. Government has announced multiple measures which can improve local manufacturing and create a better component ecosystem for mobile handset makers. The allocation of Rs 745 crore is a welcome move which will provide impetus to local component manufacturing in the electronics sector.

The focus on both physical and digital infrastructure build out continues and there are milestones stated in the budget for instance that 150,000 Gram Panchayats will have broadband connectivity by end of 2017-18 and these will be used to provide tele medicine and education is laudable. This is not a populist budget, but a budget which caters sensibly to the poor, youth, farmers, villages and infrastructure to propel India further every year.

From an overall ICT industry perspective the impact of budget 2017 is quite neutral. There were no major announcements that will help or adversely affect the industry. However, the plan to increase the budget allocation to Bharth Net from INR 2,700 crore to 10,000 crore is a very good move that will accelerate optical fibre network roll out in rural areas. It will improve the rural connectivity and help in a long way in bridging the digital divide between the rural and urban areas.  Moreover, the government’s initiative in promoting digital economy is a positive step which will help ICT industry in long run.

This budget turned a blind eye on the global challenges facing the IT Services industry, which was expecting some soothers from the government to help effectively compete at the global level. Increased infrastructure spend, reduced tax rates for MSME sectors  and lowering income tax rates are a few other good initiatives that boosts consumer spend, which in turn will have a positive bearing  on the IT and telecom industry.

The announcement of a target of Rs 2,500 crore worth of digital transactions across payment platforms such as UPI, USSD, IMPS, Aadhaar Pay, tax exemptions on digital transaction equipment, referral bonus and cash-back for consumers and merchants to promote BHIM are all evident of the Government’s vision of a digitalized India. The 5 percent tax reduction for MSME units up to a turnover limit of Rs 50 crore is a welcome move.

The Budget’s focus on investments in infrastructure creation while easing private sector’s access to credit will generate jobs and increase productivity.  The thrust on digital economy, deployment of analytics in tax administration and initiatives on cyber-security demonstrate the significance of Information Technology among Government’s priorities.  Corporate India welcomes the initiatives to expand the tax base and eliminate evasion. While the targeted proposals on corporate taxation are welcome, progressive steps towards achieving competitive tax rates could have attracted global investors.

We are positive, that the Government’s increased allocation and incentives in schemes like M-SIPS and EDF will provide the necessary push to the mobile and internet manufacturing economy. Allocation of INR 10,000 crore in BharatNet provides the much needed boost for the penetration of Digital India into the rural segment, and for strengthening the consumptions of smartphones

Emphasis on digital payments or transactions will strengthen cashless  economy and enhance the sale of mobile phones and make them the centre piece of the digital revolution.

We were expecting direction on the upliftment in supply chain and logistics in India. The budget allocated towards MSIPs and EPF looks progressive and will surely reduce dependency on imports in the industry.

We look forward to the next draft of GST to come forward, however the government’s move on imposing a 2 percent special additional duty on populated printed circuit boards (PCB) used for mobile phones imported into the country, will provide adequate protection to the domestic industry and give the necessary impetus to Make-in-India under the GST regime.

Rajiv Mehrotra, chairman and founder of VNL and Shyam Telecom

Emphasis has been given to areas like infrastructure development, skill development, encouraging manufacturing and on Digital India. We welcome the additional budgetary support to the BharatNet initiative to bring broadband access to more Gram Panchayats this fiscal. However, we would have liked to see some initiatives for the promotion of the indigenous telecom equipment manufacturing industry, and a boost to the Design in India and Make in India programs.

Government has pushed the digital theme in every area of the budget. Every person from a small shops to consumers are pushed towards the digital economy. Tax benefits, incentives to use digital payments and extending loans based on a digital footprint will create a larger merchant ecosystem for digital payments. Incentives for labour intensive sectors including housing,  farming and dairy will help SMEs to create new jobs.