“This year, we saw a dip in telecom equipment exports due to lower contribution from Nokia, which generally accounts for about 70 percent of handset exports. In case the uncertainty continues regarding their plant, we apprehend there may be a drastic decline in exports,” said TEPC Secretary RK Pathak.

The Finnish handset major plans to close its $7.2 billion deal to sell its mobile devices and services business to Microsoft on April 25. The handset and other asset components will be handed over to Microsoft’s Finnish entity Microsoft Mobile. 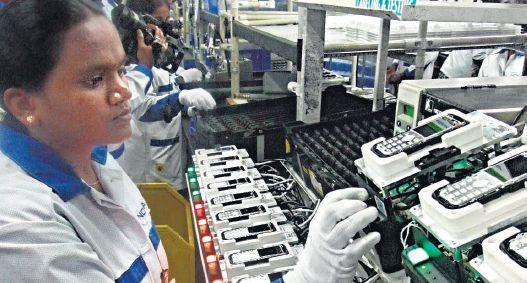 It’s not clear if the transaction will include the Chennai plant, which is at the center of a Rs 21,000 crore tax dispute with Indian authorities over royalty payments. The facility is one of Nokia’s biggest globally.

The revised agreement between Microsoft and Nokia does not talk about the Chennai manufacturing plant. Recently, Nokia announced voluntary retirement to its 6,000 plus resources in Chennai. In fact, the new agreement does not include its Korea manufacturing unit.

The company has previously indicated that the transfer of the Chennai plant may be adversely impacted if the tax dispute remains unresolved, PTI reported.

Nokia India Employees Union honorary president A Soundararajan said output at the Chennai plant has fallen to 400,000 mobile handsets a day from about 1 million.

Nokia’s shipments from India were valued at about Rs 8,000 crore, as per TEPC data, which is about 40 percent of telecom equipment exports.