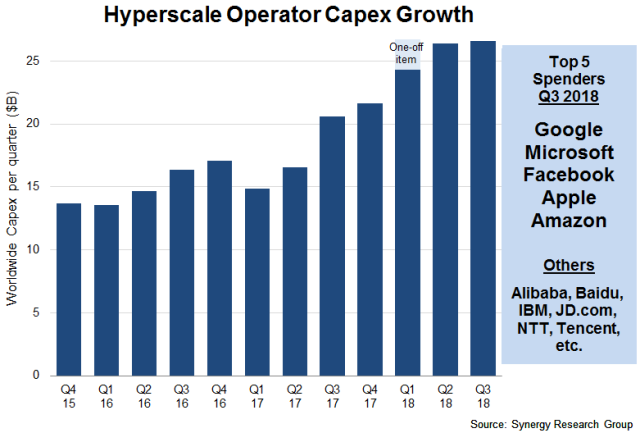 Google, Microsoft, Amazon, Apple and Facebook, which in aggregate account for 70 percent of hyperscale capex, top the spending.

Microsoft’s Capex reached a record level in Q3, while Capex at the four leaders dropped off marginally compared with the all-time highs seen in the previous quarter. Alibaba’s Capex leapt in the quarter putting it way ahead of other hyperscale operators.

“There is a boon for data center technology vendors and for colocation/wholesale data center operators, but it has created a huge barrier for companies wishing to compete with hyperscale firms,” John Dinsdale, chief analyst at Synergy Research Group, said.