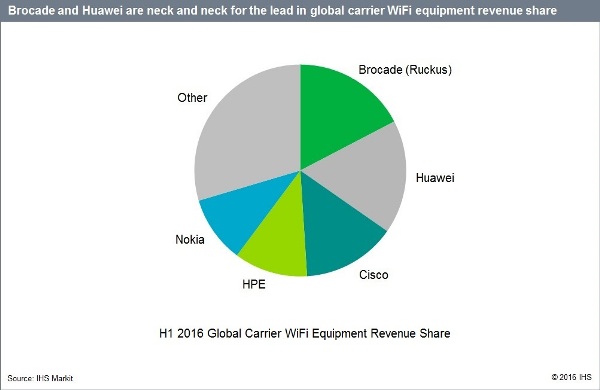 Majority of the revenue was derived from mobile service providers, with large tier-1 mobile network operators (MNOs) such as China Mobile driving volume, the report said.

Demand for bandwidth continues to push the market forward, but modest vendor shipments and small cell adoption—combined with unit price erosion—tempered revenue growth in the first half of the year.

IHS expects revenue growth will improve in the second half of 2016, but still hover in the single digits, owing to acceleration in the adoption of 4G dual-mode small cell and WiFi access points.

In terms of geographical revenue breakdown, Asia Pacific led Europe, the Middle East and Africa (EMEA) by just 1 percent. North America was next, trailed distantly by the Caribbean and Latin America (CALA).