Chunghwa Telecom has selected Ericsson to build a NarrowBand IoT (NB-IoT) system in Taiwan for exploring revenue from Internet of Things.

Chunghwa Telecom will use the NB-IoT system to trial a range of IoT devices and applications in its laboratory.

“NB-IoT technology is one of our primary focuses in 2017, and we are keen to explore opportunities based on the new technology,” said Chen Shyang-Yih, executive vice president of Chunghwa Telecom.

Ericsson during the Mobile World Congress 2017 signed an agreement with Chunghwa Telecom to explore 5G and identify 5G use cases and applications for the digital transformation of industry verticals such as transportation and utilities. 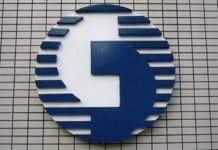