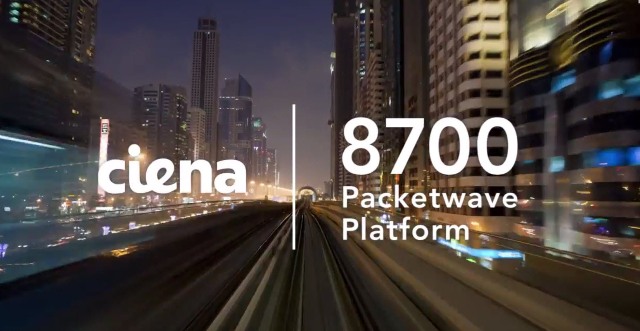 The addition of hardware and software capabilities to its packet networking portfolio allow service providers and enterprises to place compute power and high-capacity connectivity closer to end users – man and machine.

Optimization in costs, reduction in the service delivery agility gap, and high network availability are the benefits of the revamped packet networking platform from Ciena, a leading telecom equipment maker based in the U.S.

“It’s no secret that supporting the unpredictable bandwidth demands of today’s web-scale world is a priority and challenge for any company that operates a network. By bringing bandwidth closer to the point of end-user demand, our new packet networking capabilities make overcoming that challenge less daunting,” said Scott McFeely, senior vice president, Networking Platforms, Ciena.

Mobile network operators are under pressure to deploy more connections at faster speeds while monitoring and managing the performance of those connections to deliver thousands of end-user services.

Ciena has added more than 2x capacity to the existing 8700 Packetwave platform assisting service providers to cost-effectively deploy more packet-based services. This capability is ideal for services of up to 100Gbps in support of enterprise business services, mobile backhaul and data center interconnect.

“Ciena’s packet networking solutions have given us the ability to efficiently deliver and aggregate enormous quantities of data at speeds from 1GbE to 100GbE, while meeting the strict service level agreements that our customers demand,” said Jack De La Garza, vice president of Engineering, Uniti Fiber.