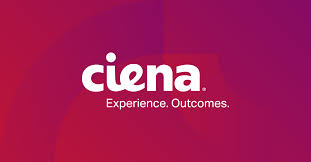 Ciena, which is struggling to grow business, is set to acquire Packet Design, a provider of network performance management software focused on Layer 3 network optimization, topology and route analytics.

Financial details were not disclosed for buying Packet Design. Ciena did not reveal client base of the privately-held Packet Design.

The acquisition of Packet Design will accelerate Ciena’s Blue Planet software strategy by extending its intelligent automation capabilities beyond Layers 0-2 and into IP with critical new capabilities.

Telecom operator clients will be capable of self-optimizing and self-healing for faster time-to-market for new services, more efficient and lower cost network operations, and the ability to deliver an overall better customer experience, Ciena said.

“The addition of Packet Design will enhance our position by enabling customers to realize networks that are more adaptive,” said Rick Hamilton, senior vice president of Global Software and Services at Ciena.

Ciena said North America contributed 60 percent of its total revenue, while the balance 20.2 percent from Asia Pacific, 15 percent from Europe, Middle East and Africa and 4.8 percent from Latin America.