Crown Castle, which reported revenue of $5.098 billion in 2019, is betting on 5G network expansion of wireless operators such as T-Mobile, Sprint, AT&T and Verizon.

Crown Castle has a portfolio of more than 40,000 telecom towers and approximately 80,000 route miles of fiber concentrated in the top U.S. markets.

Crown Castle CEO Jay Brown said uncertainty around the outcome of the pending merger between T-Mobile and Sprint caused a decrease in activity during late 2019 and early 2020.

Crown Castle finished 2019 with more than 40,000 small cells and another approximately 30,000 in construction pipeline as it remains the leading U.S. small cell provider in terms of scale and capabilities.

Crown Castle generated 3 percent revenue growth from fiber solutions business in 2019, and it anticipates similar levels of growth this year.

“The demand environment that is generating the highest levels of tower leasing activity in more than a decade is largely tied to our customers investing heavily in their 4G networks to keep pace with the 30 percent to 40 percent annual data demand growth,” Crown Castle CEO Jay Brown said.

Crown Castle said it anticipates significant long-term demand for telecom towers as 5G becomes a reality and wireless networks expand from connecting everyone to connecting everything.

The new T-Mobile, along with AT&T and Verizon, are in a great position to leverage their scale and valuable spectrum assets, ultimately promoting more investment across the industry, Crown Castle CEO Jay Brown said.

A potential new customer entering the wireless market at scale with DISH networks looking to deploy nearly 100 megahertz of spectrum over the next several years in order to compete with the established operators and meet significant build-out requirement.

There are several large spectrum auctions on the horizon that will bode well for the future tower and small cell demand. 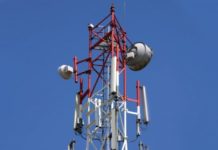