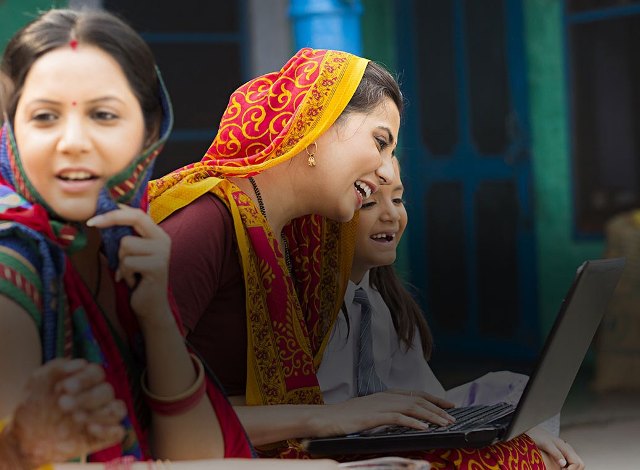 India ranks 91 out of the 139 economies, when compared on the basis of Global Information Technology Report (GITR) presented at the World Economic Forum.

The country, though has moved down by two positions, seems to maintain an average position with only marginal differences in the last few years.

The report results in questions on the current status of the nation, in-spite of political and regulatory improvements, when it comes to the communications sector.

Is India ready to convert emerging technologies and digital opportunities into fruitful outcomes and is it prepared for a digital transformation?

We at TelecomLead.com, are trying to get answers to the same through analysis on the telecom data from the recent months.

India has been talking about investment in digital opportunities. But India, which has more than 900 million mobile subscribers, has not moved ahead in the digital world. In a recent interview, Ravi Shankar Prasad, former telecom minister had given out the some figures throwing light on the recent digital development in the country, as initiated by the Government.

Around 1.23 lakh kilometers long optical fibre channel has been laid down with an aim to link gram panchayats, under the BharatNet project.

More than 150,000 post offices are targeted for connected operation with more than 25,000 offices already equipped with core banking solutions.

Also, more than 30,000 banking correspondents have joined the business-to-citizens initiative, collecting about Rs 200 crore worth of insurance premia till date.

Other plans which will be undertaken in the near future include the National Digital Literacy Mission, in which the government will invest Rs 1,800 crore ($265 million) for 60 million people in rural areas in an effort to bridge the digital divide.

Also, the NDA-run government is using technologies like mobility, analytics, cloud and the Internet of Things to implement the Digital India program in sync with its other initiatives like Smart Cities and Make in India.

Other non-profit projects include the introduction of a panic button in the mobile phones tagged ‘Himmat’, for ensuring safety of women and various apps for farmers to offer services to interact with the market for their produce, as a part of the Digital India Initiative.

With IDC projecting that the number of LTE subscribers will become more than twice by the end of 2016 at 14 million, when compared to last year, the opportunities for the telecom sector in the country is exploding with opportunities at present.

Also, in order to hasten the Digital India initiative, the government is planning on other alternative technologies like White Space that uses unused TV spectrum and has been backed by Microsoft propagating signals in a radius of at least 10 km, VSAT using satellites and giving out relatively lesser bandwidth and Wi-fi capable of a 100-metre range.

One of the main challenges grappling the country is that it is lagging behind in terms of network speed, with other countries already ahead at higher speeds.

Also the lack of infrastructure and low levels of skills among the population are other barriers to the growth of the industry.

As shown by the report at WEF, the country ranks 8th position in 2016 in the list of the nations offering affordable internet access in the world. At the same time, with a rank of 116 out of 139, the bandwidth per user of India is the lowest in the world.

Another bottleneck is that a third of the population is illiterate and a huge proportion have no access to the Internet and mobile broadband with only 5.5 subscriptions for every 100 people.

As a result, the country is ranked 57th and 40th, respectively, in terms of providing online services and allowing e-participation.

Other prominent issues are the nonavailability of electricity and continuing complaints related to call drops.

As an answer to the above, the analyst and reports suggest that while all initiatives under the Digital India project are based on good intentions, the accomplishment of the same is not that simple.

India will need to focus on its execution methods related to implementation of broadband technologies and ensure better quality services, should aim on fostering local business, creating more employment opportunities in the country, and encourage Indian based internet businesses.

Also the government should promote technologies like MIMO and WiFi to enable 4G LTE and pave way for 5G, build an efficient security framework for all digital implementations and progress on cyber security, while encouraging SmartCity, IoT, small cells and similar concepts.

India is the second largest user of applications in the world and will have the largest developer base in the next two years. The revenue of the mobile app market is expected to hit Rs 1,500 crore in 2016 with apps downloads to touch a figure of around 10 billion.

“This market is growing multi-fold with each passing quarter. The apps developer community itself is now 3 lakh and is set to expand drastically with the government initiative of getting apps in local languages,” said A Robert Jerad Ravi, Advisor (Quality of Service), Telecom Regulatory Authority of India (TRAI) at a recent event. 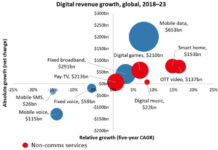 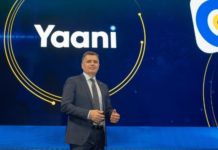 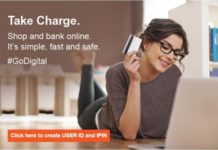