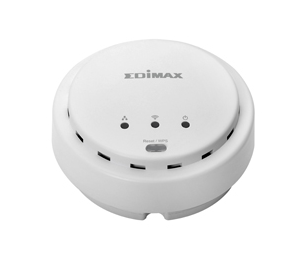 The new Edimax EW-7428HCn N300 with 600mW power output provides wireless coverage up to 10,000 square meters. The green WLAN technology ensures that power is dynamically adjusted according to network activity in order to be environmentally friendly, the company said.

With a range of 10,000 square meters, the EW-7428HC is ideal for airports, hotels, schools or warehouses. The high power technology ensures a strong reliable signal without dead zones for homes, smaller offices or coffee shops.

With IEEE 802.3af PoE (Power over Ethernet) support the EW-7428HCn can be connected to a PoE switch and no external power supply and cabling is necessary – super convenient for vast environments.

The included configuration software allows users to manage and configure their EW-7428HCn and its network easily and efficiently. Advanced features such as multiple SSID support (up to 5 SSIDs), SSID isolation and AP isolation mean that multiple users, employees or guests can be easily managed into different networks and services – perfect for large scale networks.

Additionally, AP Bridge-WDS Mode enables the access point to function as both a wireless LAN access point and a repeater at the same time. This feature allows users to build large scale wireless networks or bridge networks between different locations when it isn’t possible to install network cabling.

Despite its high power output, the EW-7428HCn is friendly to the environment. Scheduling functions can automate LEDs and Wi-Fi to switch on/off and reduce power consumption – and the latest green WLAN technology dynamically regulates power to maintain maximum network performance but with only minimum power consumption.

Edimax is active in both wireline and wireless business in India. In a recent interview with Telecom Lead, Eric Yang, country manager, Edimax India, said the company is planning to cover 20 percent of networking market in India.

There is a big potential for the wireless networking in Indian market, as the market is in its nascent stage. Networking is still growing in India with the Government’s initiatives to provide better broadband connectivity. The launch of new technology, like 3G and LTE will provide the much needed boost in the
networking industry, according to Yang.