Telecom Lead Europe: Ericsson is set to eliminate 380 jobs as part of closing down its telecom cable unit.

The closure of the telecom cable unit will primarily affect operations in Hudiksvall and Stockholm in Sweden.

Ericsson says 380 jobs will be immediately affected in Hudiksvall. Ericsson has 36 positions in Stockholm. But the company is yet to announce its plans on the 36 jobs.

Its telecom cables operation is within business unit Networks. 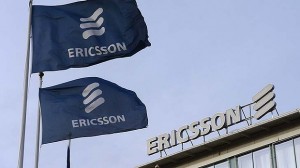 The decision is based on the fact that Ericsson’s production of telecom cables is small from a global perspective, and that we also have a small market share. There is overproduction on the cable market in Europe. Ericsson’s production has not been operating at full capacity for a long time and has struggled with profitability.

The closure of the cable unit will generate restructuring charges of about SEK 0.5 billion.

Last month, Ericsson sold its power cable business to Danish company NKT Cables for $38 million (SEK 250 million). Ericsson has generated revenues of SEK 1.5 billion from the power cable operation in 2012. Ericsson will transfer 320 employees and consultants, primarily based in Sweden, to NKT Cables. NKT Cables will take over a factory in Falun, Sweden.