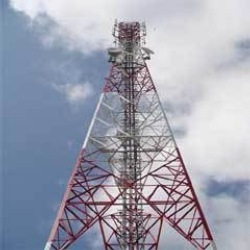 As several telecom firms in India are setting up mobile phone towers without following proper guidelines and taking permission from the competent authority, the tribunal is concerned over the health hazards likely to be caused by cell phone towers in the country that has around 900 million mobile users.

Issuing notice to the Ministry of Communications and IT, Ministry of Environment and Forest, Ministry of Health, Securities and Exchange Board of India and telecom firms – Bharti Infratel, Airtel, Idea Cellular, Vodafone, Tata Teleservices, Reliance and Bharat Sanchar Nigam, the NGT has sought their response by the next date of hearing on December 20.

“Considering gravity of allegations leveled and health hazard likely to be caused, we direct that no construction of cell phone communication towers shall be made without following mandatory provisions of law and necessary permission from competent authority,” said a NGT bench of Acting Chairperson Justice A S Naidu and expert member P C Mishra.

PTI on Thursday reported that the tribunal’s order came on the plea of Delhi resident Arvind Gupta, who has sought directions to the Centre and the telecom firms for implementing guidelines and regulations issued by MoEF regarding installation of cell phone towers nationwide.

In his application, filed through advocate B P Tripathy, Gupta has alleged that MoEF guidelines have not been followed and implemented by Department of Telecommunications while allowing installation of towers throughout the country.

He has also alleged that norms are flouted brazenly by all companies involved with installation of mobile towers, having complete disregard and concern for environmental protection.

He has alleged that radiations emitted by towers not only adversely affect flora and fauna, but can also cause cancer in human beings.